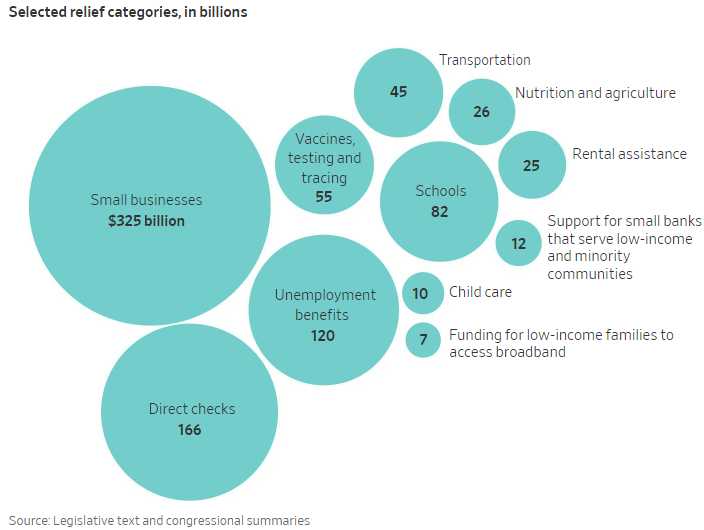 $900,000,000,000 in additional stimulus has been approved by Congress with $325Bn for Small Businesses, which is good – as 25% of Small Businesses that were open in January have already failed and 1/3 of the remaining 75% don't believe they will last 3 more months so that would add up to half the small businesses in America failing – that would be kind of hard to recover from, don't you think?

In the final stimulus package is $600 per person of direct checks but they won't come until after Christmas – a huge mistake if the aim was to boost retail sales.  The $300/weekly unemployment bonus is still in place through March 14th and all unemployment benefits will be almost doubled in time, from 26 weeks to 50 weeks but it's the states that pay much of the unemployment so this is really going to stick it to the state budgets.

The bill has $25Bn for tenants who are in arrears, which is really a bail-out for the landlords (who apply on behalf of the tenants) but, for the tenants, the eviction prohibition is extended until January 2021 so go rent a nice place and don't pay for it!

$82Bn has been approved for schools, finally.  $22.4Bn is included for Covid testing so those testing companies should do well.  That's only $74/person though, won't last long if we intend to do regular testing as the countries who successfully fight the virus are doing.  Airlines are getting another $15Bn after getting $25Bn in June so that's $40Bn in bailouts for airlines this year.  Delta (DAL) is 16.6% of the US market (1/6) and their total revenues are $44Bn in a normal year and, so far this year, just $13Bn and they lost $5Bn per Q in the last two Qs so drop in the bucket, really.

We expected a bailout and chose the Airline ETF (JETS) as our Top Trade on October, 8th and