Thank goodness we still have our BitCoins!

We may have cashed out of the market but you'll have to pry our BitCoins out of our cold, dead fingers.  No, only kidding, this is silly too – we can't wait to sell – we're using tight stops now.  PSW Investments bought their BitCoins for $600 each two years ago, so it's a nice gain and we should lock it in – the cash will make a nice Christmas gift for our partners.  We still have our GreenCoins (GRE) though and we're accumulating more of those because each BitCoin's worth of those we bought is now worth $24,525 at 0.00327, so GreenCoins are doing 50% better for us than BitCoin – and they are far earlier in the run-up cycle.

Of course, in order to buy a GreenCoin you need a BitCoin and then you have to go to the CoinExchange (where it's ranked 93rd) and trade the BitCoins for Greencoins.  That's one of the reasons BitCoins are exploding in value – you can't buy any other CryptoCurrency without first buying a BitCoin so millions of speculators are holding BitCoins in their wallets (like us, frankly), simply because they were using them to buy other coins and ended up with some change. 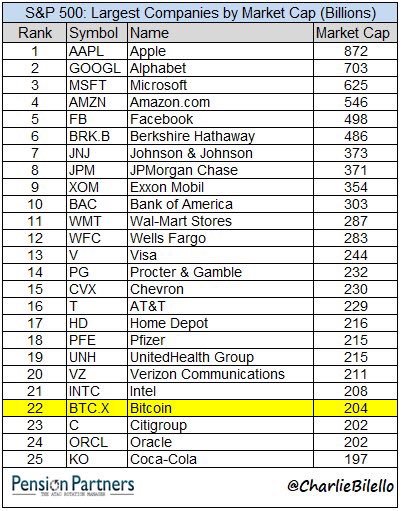 That "change" is now worth a fortune – as BitCoin passes $250Bn in valuation.  That's

Weakening Wednesday – How Nice to Watch from the Sidelines Non-Farm Friday – Is America Working?
Scroll to top