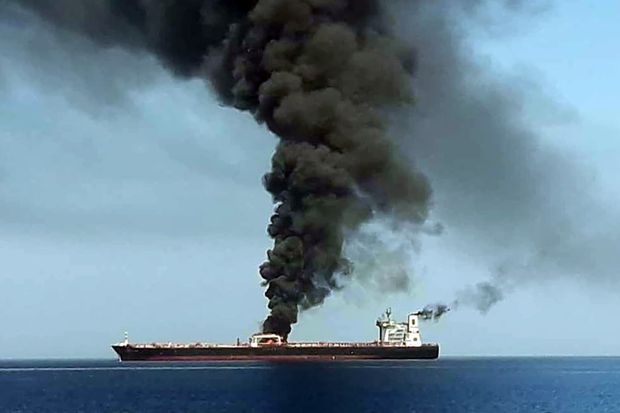 No, we didn't start the fire…

However, we did go long on oil in yesterday's Live Trading Webinar as it tested the $51 line and now Iran has apparently attacket two tankers in the Strait of Hormuz with torpedoes, critically damaging one of them and US ships are heading in to assist and Oil (/CL) is already at $53 (up $2,000 per contract) and Gasoline (/RB) has blasted from our long position at $1.68 to $1.725 and that's up $1,890 per contract but both could squeeze higher as the shorts wake up to a nightmare scenario.

This is a tragedy, we may end up in war and it's certainly not the way we wanted to be right (fortunately no one was hurt) - we simply bet that Oil and Gasoline had gotten way too low based on Fundamentals and the fact that they exploded higher on an incident simply proves our point.  We will keep $400, trailing stops (10% of the profit) at this point as we may end up with another $2,000 gain from here – hard to say how high the squeeze will take us at the moment.

Another odd reaction is the stock of Frontline (FRO), whose tanker was hit.  Rather than going lower, FRO is up 8% this morning as it's an old tanker and they'll be happy to get the insurance and it's one of 61 tankers they own and, with oil higher, they'll be making more money – especially if trips get longer as tankers try to avoid Iranian waters.

In other commodity news, Soybeans have really taken off, and the September contracts (/ZSU19) which we had featured over at Seeking…
END_OF_DOCUMENT_TOKEN_TO_BE_REPLACED