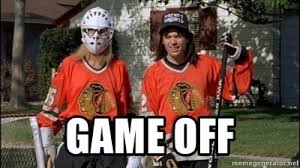 That's all it takes to erase half of November's gains in 24 hours (the Dow Futures are off another 200 points this morning).  Volume in yesterday's down day was double the average day in November and, other than November 20th, when the Dow dropped 50 points – it was more volume than any day in November as well.

This is not a good way to start the month – especially when loast December, the Dow dropped 4,500 points into Christmas.  So far, this is only 400 points yet most traders have already forgotten what happened last Christmas and are trading like the markets only go up and up and up – buying stocks at ridiculous multiples in hopes that someone even stupider will come along and buy it from you at a later time – but what if that time never comes?  Then you are the greater fool!

We were bored waiting for the sell-off so we initiated some small portfolios, using just a small percentage of what we cashed out with in September but, if we drop another 500 points on the Dow and fail to hold 27,000 and fail to hold 3,000 on the S&P – I think we may have to close those down already and wait until we find a proper bottom to get back in.

Trump is at the NATO meeting – which means he's not meeting with China or his handlers in Russia – so a mixed blessing there but there's a looming Dec 15th deadline on trade and no progress is being made and that is spooking investors.  Trump also has no friends at the NATO meeting – even Boris Johnson won't talk to him as he's facing an election and people already think he's "too Trumpy." This is just silly:

Already this morning, before the market even opens, we've gone up from 28,060 on the Dow at Friday's early close to almost 28,200 at the Asia Close/EU open (3am) and now back to 28,100 and falling and it's all based on whatever Trump tweets or the tea leaves that can be read out of China…  In short, it's ridiculous, which is why we chose not to play (much) this quarter.

Canada's GDP has slipped to 1.3% in Q3, mathing the US's anemic performance and that's a hard fall from 3.5% in Q2 and that's DESPITE a 3.2% jump in domestic demand – the SAME consumer demand that people are counting on to save the US Economy.  China had some factory growth to report early this morning and that was considered good news but a PMI of 50.2 is 0.3 above contraction – and that's WITH a ton of new stimulus from Beijing.

Trump, meanwhile, added tariffs to steel and aluminum imports from Brazil and Argentina, which should be good for US Steel (X), which we called an over-reaction to one of their facilities flooding on Friday, giving our Members ample opportunity to fill out our positions at great prices.

Oil bounced off $55 on Friday as rumors are that Saudi Arabia is pushing for an extension of the output cuts at this week's OPEC+ summit through June at least.  They don't want to burn their Aramco investors too quickly it seems: "The kingdom needs "stable prices of at least $60 a barrel," said a Saudi oil adviser. "It can’t afford to have a declining oil price as its would hurt domestic investors who have bought into the IPO."  There will be pushback from Russia, who want to keep oil prices low to help Trump win his re-election campaign.

Disney got even more good news as Frozen II made $124M domestically and $249M internationally, making a new Thanksgiving weekend record for a movie so December is off to a nice start for DIS, which bought Pixar for $7.4Bn in 2006 is certainly getting their money's worth there and now their $4Bn investment in Lucasfilm in 2014 is going to spit out another…
END_OF_DOCUMENT_TOKEN_TO_BE_REPLACED