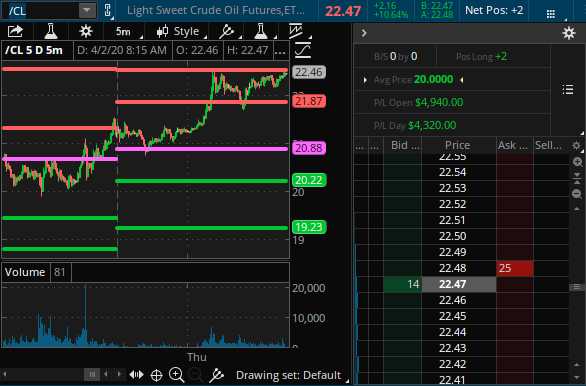 Wheee, that was fun!

For thos of you lucky enough to subscribe to yesterday morning's PSW Report we had almost all day to get in at our target entry on Oil Futures (/CL) at $20 per barrell and we got a nice ride to $22.50 this morning – for gains of $2,500 per contract on our two long contracts as Oil blasts 10% higher this morning.

Apparently China is buying up oil to fill up their Strategic Petroleum Reserves while it's so cheap and who could have seen that coming?  We could!  That's what happens when things get cheap – people buy them!  That's kind of the whole point to INVESTING – understanding the true VALUE of things and taking avantage of situations where the PRICE does not match the VALUE.  QED! 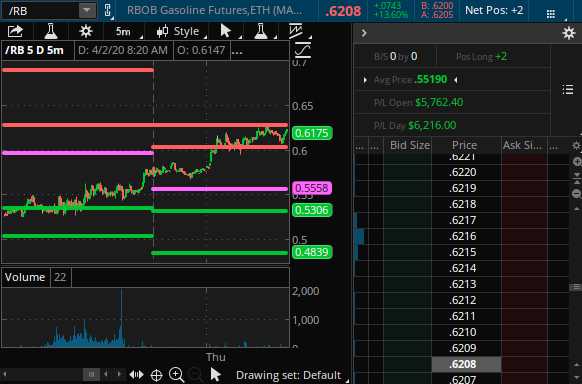 That was a pick we discussed in our Live Trading Webinar and again in our Live Member Chat Room and playing the Futures is another excellent way you can make quick money to supplement your portfolio during a choppy market.

The Dow drops 700 points (1,200 off yesterday's high) and everyone is back to Doom and Gloom.  We are in the MIDDLE of a Global Catastrophe that will play out over the next two to three months – it's the expectations of the participants that need adjusting – not the markets...

This is like standing in the rubble of the World Trade Center the afternoon of 9/11 and asking why the markets haven't gone back up yet – it's irrational behavior.

Yes, the Government APPROVED Trillions of Dollars in stimulus on Friday but it hasn't been deployed yet.  That doesn't seem to stop a parade of idiots from going on TV to say "Well, I guess the market is telling us the stimulus wasn't enough."  What morons!  Even worse is the uncritical response they get from the Hosts (who are usually empty suits anyway) and the Producers whispering in their ears.  Welcome to the 21st Century, where your idiotic opinion gets the same weighting as actual facts!

As our Members know, there's always a song in my head and this morning it's:

Why do we listen to these people?  When have they ever been right?  The same thing happened in 2008 when the people who had the money (the Top 1%) got their bailouts (TARP) and then went about telling the Bottom 99% that the World was going to end and they should dump all their stocks – the same stocks the Top…
END_OF_DOCUMENT_TOKEN_TO_BE_REPLACED