That's right, that's the 5th time in the past 7 days the US has hit new all-time single-day highs in infections.  Over in Japan, six weeks after Tokyo lifted it's State of Emergency, they are back to their May highs in daily infections.  At this point, I don't think there is much to do about it.  Clearly humanity has no taste for the obvious way to control the disease and very clearly Americans don't.  Maybe the "herd immunity" crowd was right – cows don't go into lockdown when a disease strikes – some die, some don't and the rest of the herd moves on…

I don't suppose a cow puts much thought into it's vulnerability or what will become of it's children and loved ones or how it's business will survive or how it's carelessness might affect his fellow cows - AND NEITHER DO AMERICANS APPARENTLY!  Maybe we just eat to many cows and we are starting to think (or not think) like them?  Texas eats a lot of meat and they had 8,000 new infections yesterday but Arizona, which has 1/4 of Texa's population, had 4,700 new cases – more than half, so about 5 times the infection rate of Texas. 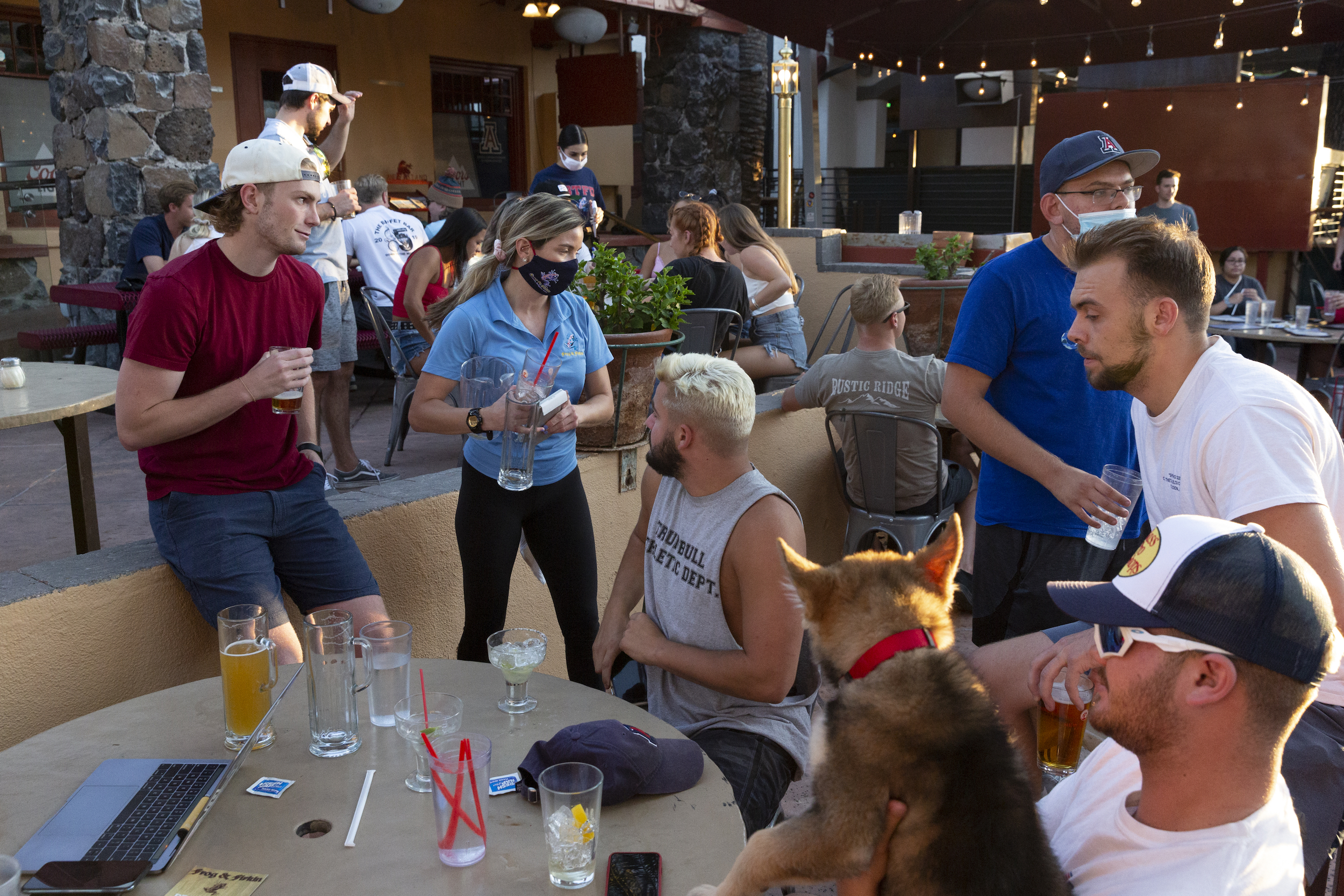 From Japan and other countries that have had re-infections, it's very clear that bars are a major cause of the spread of the infection yet the bars are open in most states for what is usually a big drinking weekend as we bow to pressure from the Liquor Lobby to keep things flowing while completely ignoring the Rational For God's Sake Will Humanity at Least Try to Save Itself Lobby – as usual.  As noted by David Leonhardt:

Government policy and economic forces have combined to make corporations and the wealthy more powerful, and most workers and their families less powerful. These workers receive a smaller share of society’s resources than they once did and often have less control over their lives. Those lives are generally shorter and more likely to

The US "is not in total control".

That's quite the understatement from Dr. Anthony Fauci, who warned the Senate yesterday that daily new virus cases in the US were trending towards 100,000 per day.  That would knock out the entire population of Wyoming in 15 days!  The country is now reporting nearly 40,000 new coronavirus cases every day - almost double from about 22,800 in mid-May - driven largely by outbreaks in a number of states across the South and West.  “I can’t make an accurate prediction but it’s going to be very disturbing,” Fauci told the Senators.

“Well I think the numbers speak for themselves.  I’m very concerned and I’m not satisfied with what’s going on because we’re going in the wrong direction if you look at the curves of the new cases, so we really have got to do something about that and we need to do it quickly.”

Outbreaks in states like Florida and Texas also threaten to disrupt the progress states like New York and New Jersey have so far made in driving down the outbreak in the Northeast, Fauci said. New York, New Jersey and Connecticut last week announced they would mandate 14-day quarantines for any travelers coming from a states with rapidly expanding outbreaks. Nonetheless, Fauci said increased infection anywhere in the country threatens to spread everywhere.

The S&P 500 has pretty much done nothing since the end of April.  Well, it's gone up and down but, on the whole, not much higher than that peak which is still much lower than the pre-virus peak…
END_OF_DOCUMENT_TOKEN_TO_BE_REPLACED