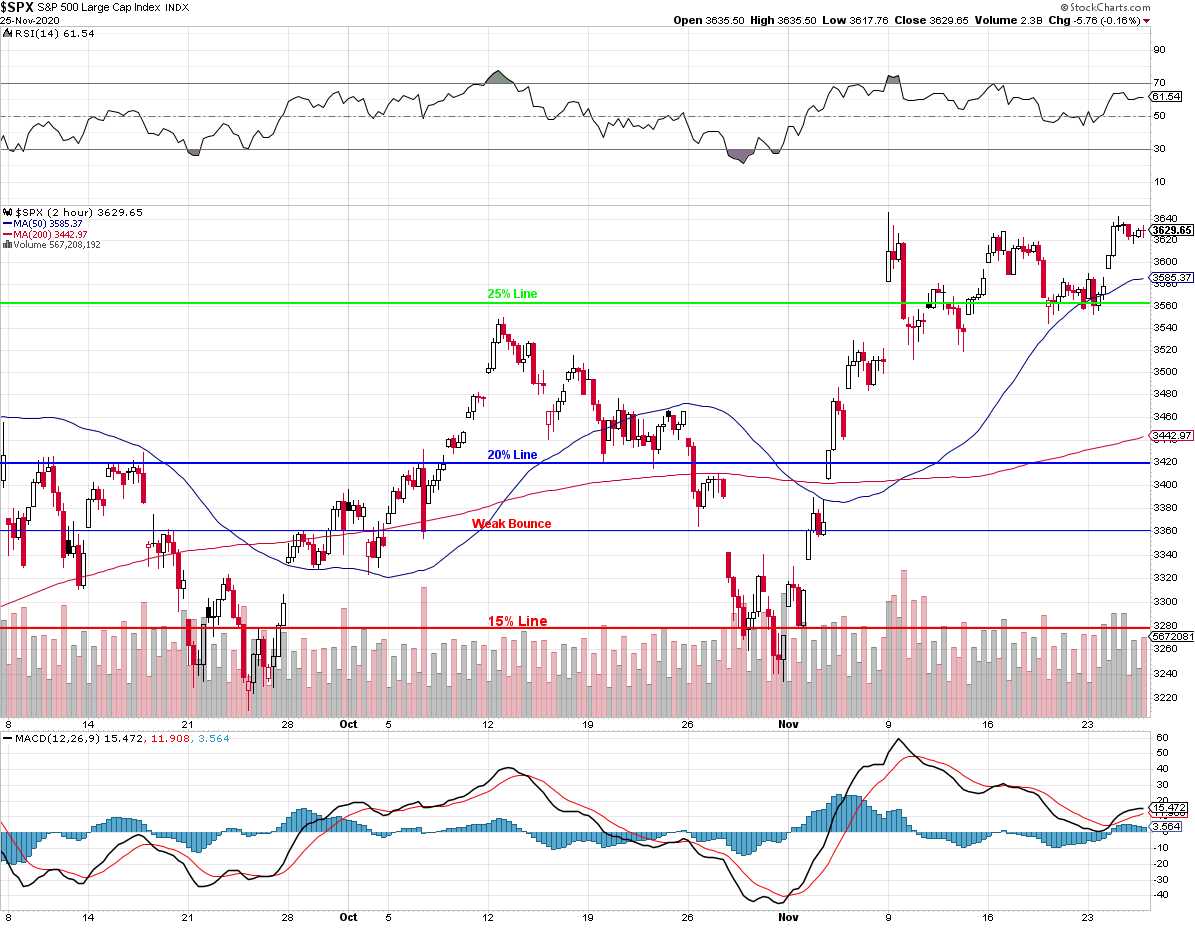 The S&P 500 is at 3,636 in the Futures (/ES) and, when we tested 3,640 earlier this month, we were harshly rejected with a 120-point (3.3%) drop but we quickly recovered – and then we quickly dropped again – but now we've quickly recovered, so let's all enjoy the pundits telling us how this rally is sustainable (this time).

Apple (AAPL) is down from $137 to $116 since early September and that's down 15% so it's actually very impressive that the Dow, S&P and Nasdaq have all held up well while their leader declined.  It means people are putting money into relatively "bargain" stocks and that can put an underlying floor on the market we can build off. 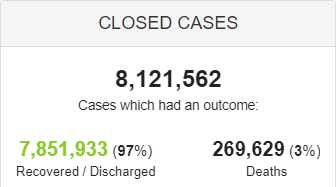 The US now has 90,000 people actively in the hospital with Covid-19 and 110,000 new cases were reported yesterday so there's no end in site as we approach the limits of our medical capacity to treat people.  Thanksgiving itself could become a super-spreader event as 50M Americans (20% of the population) ignored the CDC and traveled for the holidays and 1,200 people are no longer thankful as the death toll climbs to 263,000 since March.

As you can see, we've had only 8M outcomes out of 12.5M infections in the US as more people are actively infected today than any other time in the outbreak – and they all just got together for Thanksgiving.  This disease is 3% fatal folks!  Typically, it takes 2-3 weeks to start seeing case counts rise after spreader events and by then we'll all be getting together for Christmas – have a merry one!

Which Way Wednesday – To Infinity and Beyond? Monday Market Movement
Scroll to top