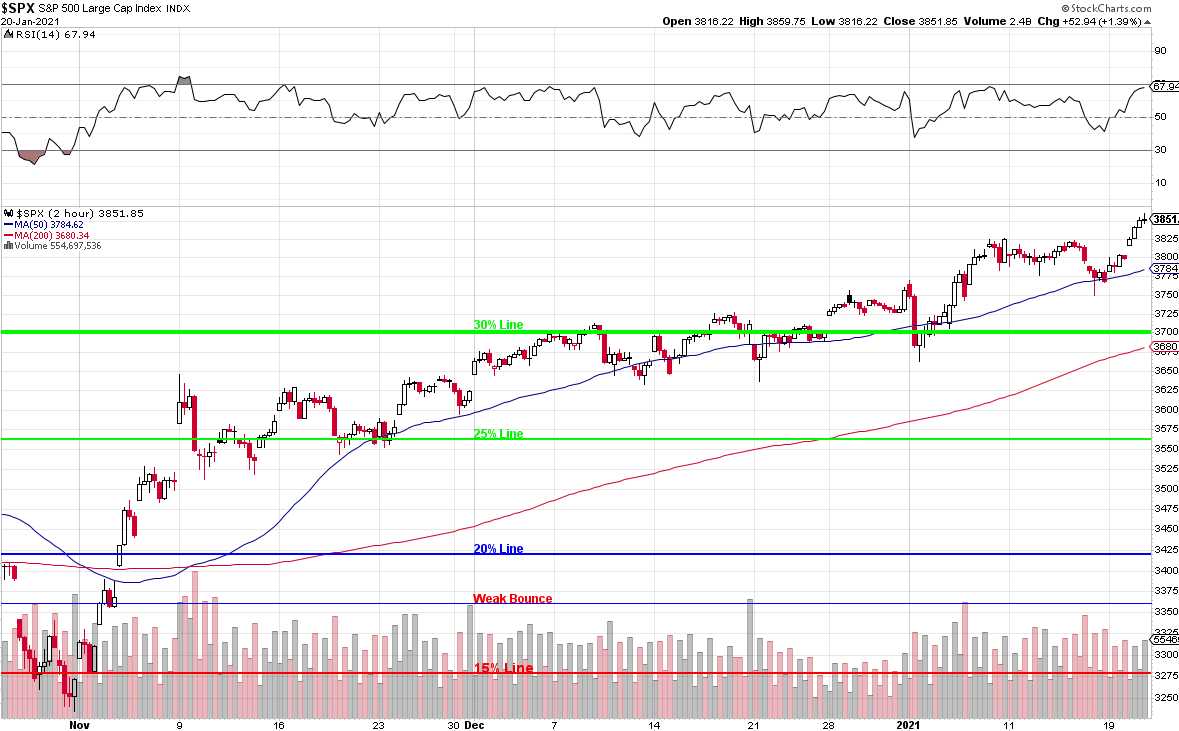 That's still the true value-line we have for the S&P 500 based on old-fashioned notions like actual earnings and actual prospects without the assumption of Trillions of Dollars being pumped into the economy.  It's "only" a 20% drop from where we are now and we were down there as recently as October and below 2,850 in June.  2,850 was our old Must Hold Line but we capitulated by 10% on the assumption that Corporate Tax Cuts would not be going away completely – it's the MASSIVE stimulus that's been an upside surprise since then.

Generally, companies have been beating low expectations and, so far, investors seem to be in a forgiving mood as, for example, United Airlines (UAL) lost $1.9Bn in Q4, which is 15% of their $13Bn market cap yet the stock is only down 2% pre-market.  Why?  FREE MONEY!!!  There will be more free money and no one thinks Joe Biden will let the airlines go bankrupt – even though he is a train guy.