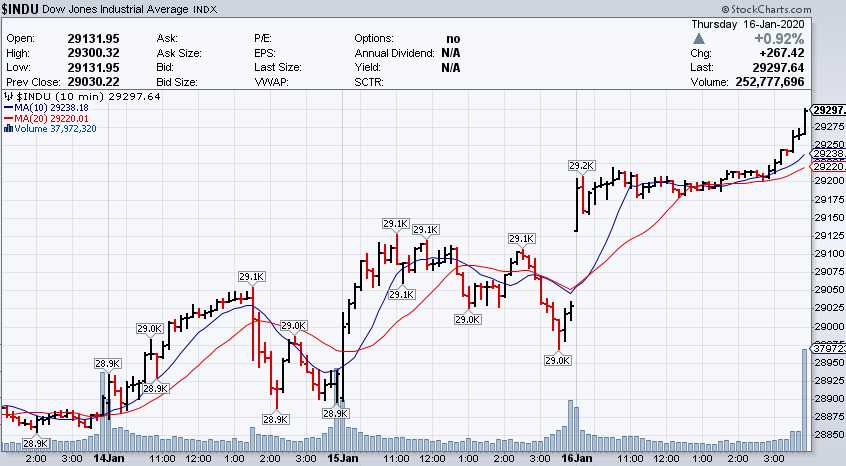 Will this rally ever stop – or even pause?

We've already added 400 points this week and, as you can see from the chart, almost the entire move came at the open yesterday and Wednesday and this morning the Dow (/YM) Futures are up another 66.6 points (0.25%), capping off a 1.5% move higher for the week (if we hold it).  It's a bold move into earnings season, as it will be very hard to justify these price increases for the average component but we'll just have to wait and see as this rally shows no signs of slowing – despite all logic.

I know no one wants to hear about boring old macros but, while we were sleeping, China announced that their economy was growing at a 30-year low 6.1% as Trade, Investment, Consumer Spending and Business Confidence all come under pressure.  The country also faces longer-term stresses like an aging population, which was highlighted by Friday data showing births had fallen to their lowest level since 1961.  Nomura economists calculate the trade war, coupled with slower global growth, shaved one percentage point off China’s 2019 GDP figure.

Nontrade factors, too, weighed on sentiment, including mass protests that roiled next-door Hong Kong for more than half a year, clouding the business outlook and drawing global attention to the risk of social unrest in the authoritarian nation. Shenzhen’s celebrated technology sector, including hometown companies like telecommunications equipment maker Huawei Technologies Co. and drone maker SZ DJI Technology Co., is facing new scrutiny from the U.S. and elsewhere. 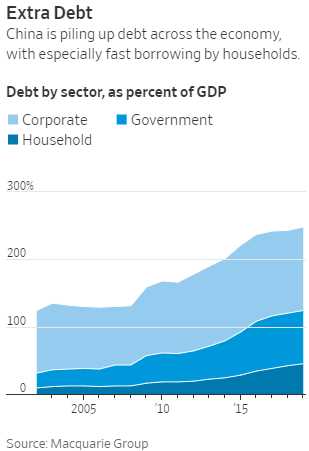 Despite the slowing growth, trade issues and 6 months of protests in Hong Kong, the Shanghai Composite Index rose 22% last year because – why not? – everyone else is ignoring the macros, why shouldn't Chinese Traders too?

Increasingly, Chinese industrial prices have also headed downhill in a sign of weak demand, and producer prices overall last year fell 0.3%. Car sales slumped 8.2% in 2019, while consumers – whose incomes expanded slower than the economy at 5.8% – were squeezed by pricey pork and an upward creep in crude oil.  In cities like Shenzhen and Shanghai, office vacancy rates are solidly in the double-digit percentage points as companies quietly downsize. Property is a…
END_OF_DOCUMENT_TOKEN_TO_BE_REPLACED