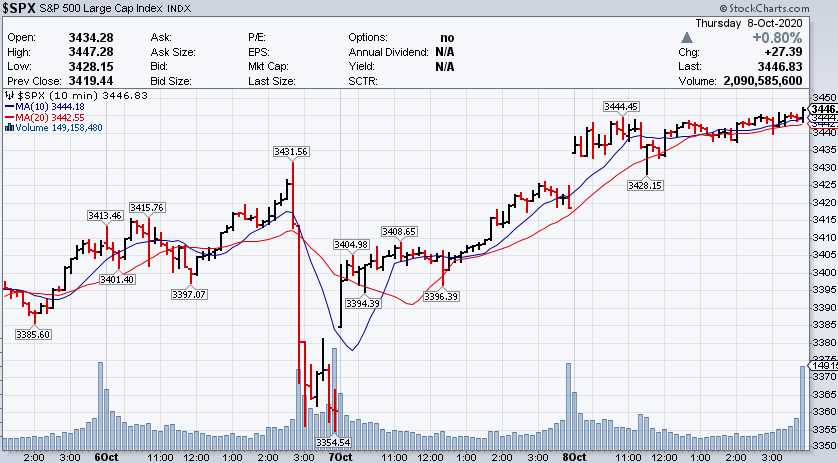 Not a bad week.

Especially if we ignore Trump's "No stimulus" hiccup on Tuesday night but the market qickly reversed itself again and got back on the pre-programmed path of onwards and upwards we default to whenever there's not enough news to cause any volume of selling.

Market volumes have indeed been anemic this week and all it took were 90M S&P ETF (SPY) transactions on Tuesday to knock us down 80 points in two hours.  That was more trading than we had in any two other days this week as we haven't had any serious market volume since early Sepember, when the S&P 500 fell 15% and, before that, early June, when the S&P fell 10%.  This is a very low-volume rally and that's a very dangerous kind to invest in at they can easily pop – like a bubble!