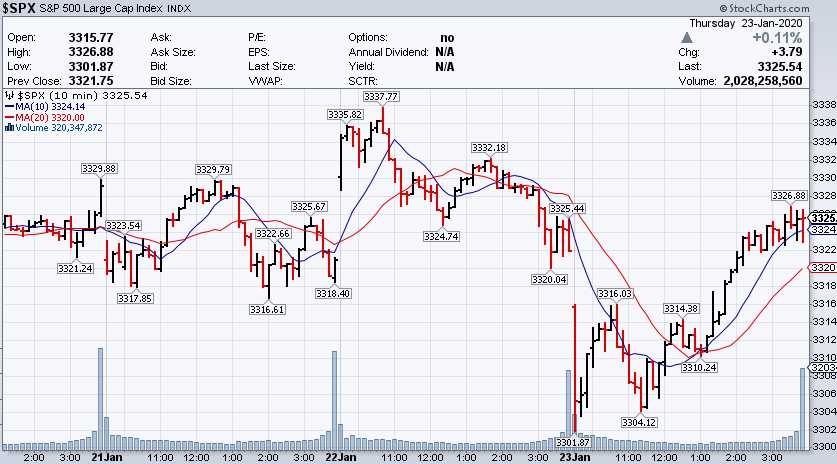 We're in danger of having a down week.

We opened on Monday at 3,321 on the S&P 500 and we closed last night at 3,325 so it won't take much for us to dip under and close the week in the red.  As you can see from the chart, if not for that silly gap up into Wednesday's open (which we shorted!), it's doubtful we'd be even close to green now.

Speaking of shorting, our current position is 2 short Nasdaq (/NQ) contracts at an average entry of 9,271.50 and I'd be more likely to add to them if they go higher than stop out ahead of the weekend with China now "locking down" 40M of their citizens (only 2.5%) with travel restrictions on 10 cities as cases have now spread to 32 of China's 34 provinces.  The markets got a boost yesterday when the WHO decided NOT to declare a Global Emergency (yet) but that's only because the virus has, so far, been fairly contained to China – for now, I'd rather be safe than sorry with our hedges (see yesterday morning's PSW Report). 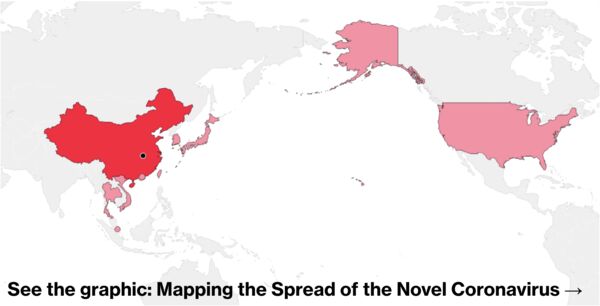 As noted by Bloomberg:  The turmoil comes as the virus stymies efforts to track infected patients. While the death toll continues to rise — and now includes someone as young as 36 — some infected patients aren’t showing a fever, a symptom governments around the world have been using to screen for the pathogen.  Even Disneyland in Shanghai is closing down so it might be time to short Booking (BKNG) again – though we already missed a 5% drop.

I'm not a doom and gloom kind of person but, to put it in perspective, in a usual year, about 30M people around the World get the flu and 60,000 people die (0.2%), mostly people who are old and sick in the first place (not that that makes it better but it's understandable).  So far, out of 830 confirmed cases, 26 people are already dead (3%) but, more alarmingly, over 100 people are in critical care units in hospitals – and some of them are young people.

It's the way the Governments are scrambling…
END_OF_DOCUMENT_TOKEN_TO_BE_REPLACED