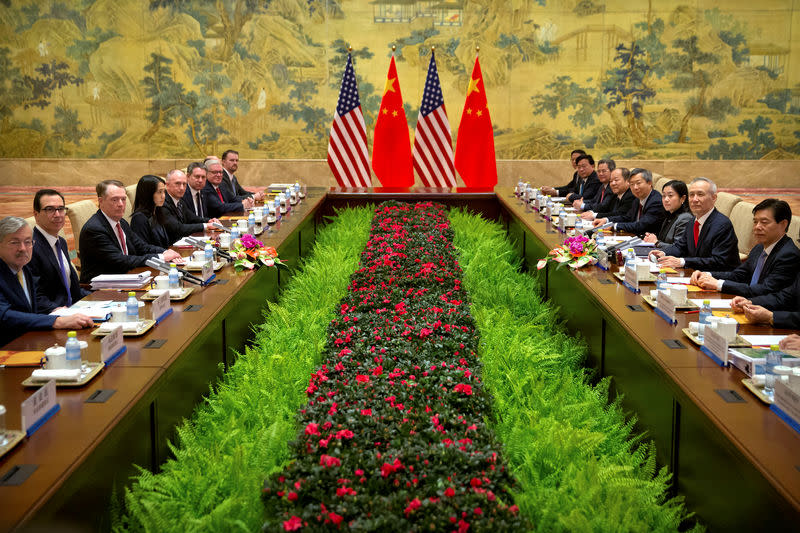 Early this morning the US and China announced they had made "significant progress" and have outlined "commitments in principle" with Negotiators are drawing up six memorandums of understanding on structural issues: forced technology transfer and cyber theft, intellectual property rights, services, currency, agriculture and non-tariff barriers to trade.  The Chinese are even coming to Washington TODAY to continue their "fruitful" discussions of last week – actually attempting to hit the March 1st deadline for a deal.

You would think the Dow would be up at least 200 points on this news – but noooooooooooooo – it's down slightly and if a trade deal isn't going to be a good catalyst – then I am worried that we don't have a catalyst to take us any higher than we are now.

As you can see – there was a pop around midnight, when the announcement hit the wires but it has since faded out while the Russell made it right to our stopping line at 1,590 but failed there, so it's game on for the Russell Fututures (/RTX) shorts we discussed yesterday (we already had some small winners) – despite the "great" trade news. We got a very doveish Fed Report yesterday and that didn't help much – especially considering the Dollar was down 1% – so the markets should have been much higher in yesterday's action.  These are all signs of rally exhaustion and we still have our hedges in place from last week and I would strongly suggest you take some time to make sure your own portfolio is well-protected.