It was a nice try.

As we discussed in Monday Morning's PSW Report (and if you want to know what's going to happen before it does – SUBSCRIBE HERE), Fed Chairman Powell spoke 3 times this week and each time he (with help from Janet Yellen) attempted to reassure us that the Fed has things under control and inflation is transitory and all sorts of sunshine and lollipops but yesterday, at the 1pm 5-year Bond Auction – also as expected – the investors clearly were not buying the BS and rates shot up to 0.85.  0.85 doesn't seem like a lot but they were 0.2% last July, so it's a pretty steep inversion of the Yield Curve – a very worrying sign for the economy.

Our $30Tn Debt Load is starting to worry people, especially when we're running a $1Tn deficit already and we're planning to spend another $3Tn on Infrastructure and don't forget the planet is melting and it's going to cost AT LEAST $1Tn/year to fix that – we haven't even had that discussion yet!  So I'd say, conservatively, we'll be adding $5Tn in debt this year and that will bring us to about $34Tn in total debt and we are likely to hit $50Tn in 10 years – the length of the primary notes the Government sells.  Do you want to get $100,000 back in 10 years after collecting 2% ($20,000) in interest over that period?  Do you think that's a wise investment? 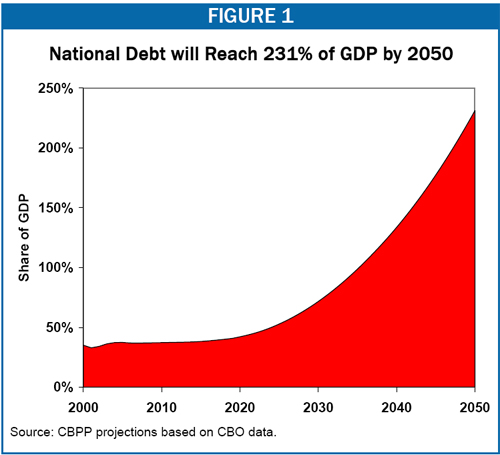 Yes, all this FREE MONEY does have a price – it's a price we all pay in the future.  As the great economist, Pink Floyd said about deficit GDP financing: