We don't get a lot of that in America these days.  Remember when we used to pity the poor Russians, who were being fed misinformation by their Government from the state-run media?  While it certainly can't make Fox news any more of a GOP propoganda network than it already is, now they featuring Trump weekly, violating the Equal-Time Rule that says "U.S. radio and television broadcast stations must provide an equivalent opportunity to any opposing political candidates".  This means, for example, that if a station gives a given amount of time to a candidate in prime time, it must do the same for another candidate who requests it, at the same price if applicable.

We know this is going on with our Political News but you also need to be aware this goes on with our Financial News as well.  Fox News (Murdoch) is sponsored by GOP supporters, Climate Deniers, Covid Deniers and, of course, the keep America White crowd while CNBC, Fox Financial (Murdoch) and the Wall Street Journal (Murdoch) are so embedded with the Government that Larry Kudlow, of CNBC's Kudlow and Cramer is the White House Economic Adviser.  While that, of course, makes sense when you have a Reality TV President – it doesn't make a lot of sense if you were, for example, trying to run a $20Tn economy. As noted by American Progress:

One would think that news organizations ostensibly devoted to understanding and explaining Wall Street would know better. Either way, the dishonest propaganda push undertaken by CNBC and the Wall Street Journal is politically disconcerting from the standpoint of a functioning, well-informed democracy. From the standpoint of moral and intellectual honesty, it is downright criminal. 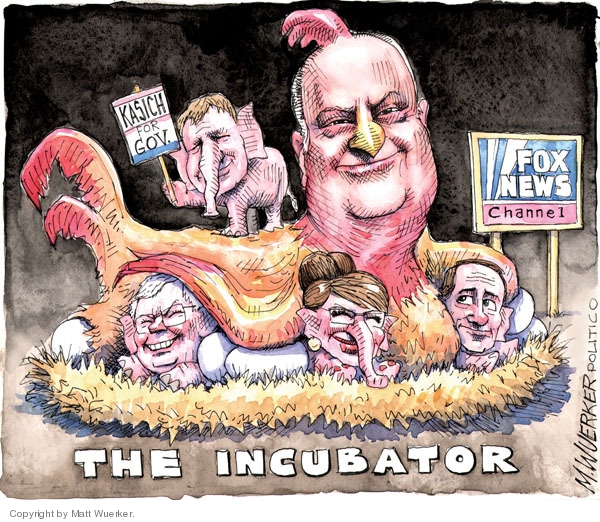 And that moral and intellectual dishonesty is affecting your health, your safety and your portfolio.  As much as you KNOW that these networks are lying when they are denying climate change, promoting miracle vaccines or propping up despicable bastards for public office – you have to realize they are ALSO lying to you when they tell you how great the economy is and what to invest in.  …
END_OF_DOCUMENT_TOKEN_TO_BE_REPLACED