Down and down the Dollar goes.

Powell pulled out all the stops yesterday, saying the Fed was no longer worried about inflation and would spend 5 years boosting the economy if they have to.  While Republicans love to pretend they don't tax you, devaluing all the money you've ever made in your live and most of your assets by 10% by reducing the value of the currency is kind of a tax, isn't it?

The wealthy have all these great ways to keep up with inflation but, if you are a regular person getting a regular paycheck which comes in the form of Dollars – you got a 10% pay cut.  Not only that but not only does the deficit swell due to that same lower tax rate (for the rich) that causes the Dollar to collapse, but the thing the Government needs to buy with those tax Dollars begin to inflate, causing an even bigger deficit as Government Spending can't keep up with inflaiton. 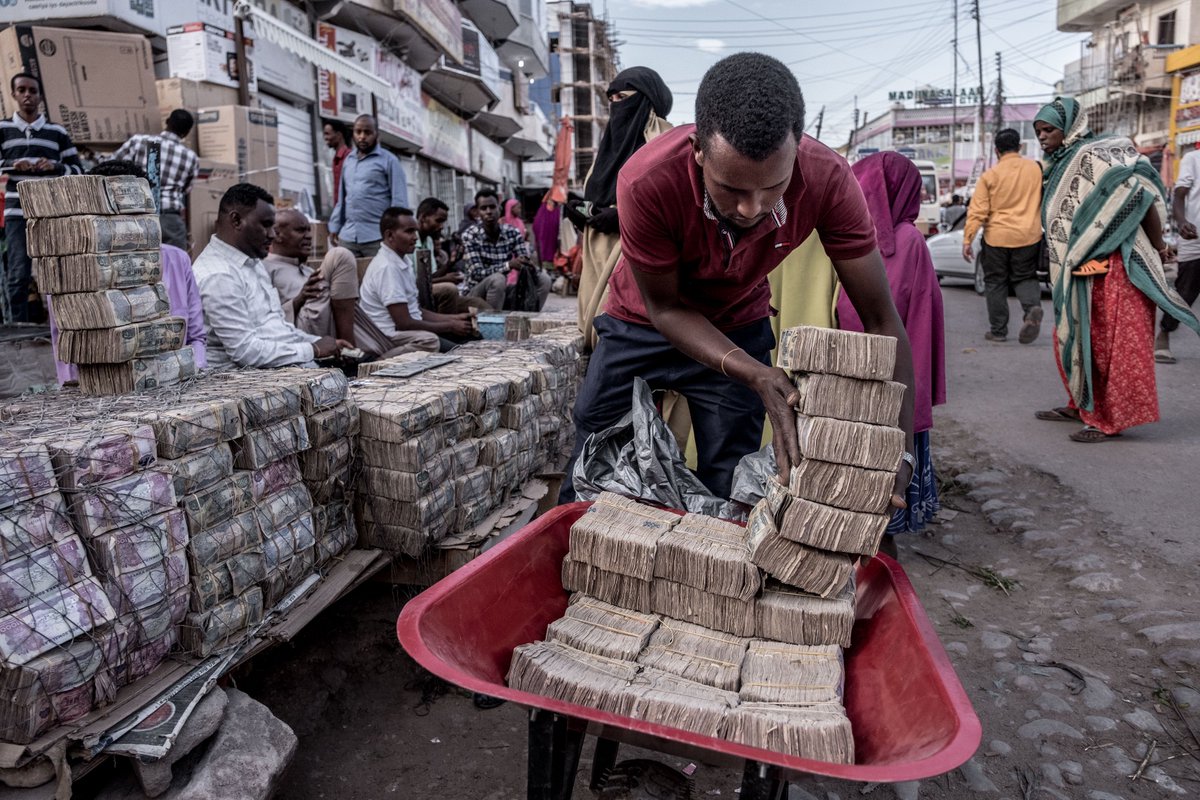 4 more years of this and we'll need a shopping cart just to carry the money we'll need to buy groceries!   Of course, hyperinflation is a great way to pay off your debts as the economy can grow along with inflation (it's just your wages that don't keep up) while the long-term interest rates are fixed, so the money the Government pays back becomes worth less (worthless?) and PRESTO!, debt problem solved!

Many 3rd World countries go down this path to pay off their debts but it is just as much a confiscation of wealth from the people as any tax ever was but, fortunately, those of us in the Top 1% can simply manage our investments to stay ahead of the game – lucky us!  Our Trade of the Year was GOLD, because we expected some inflation due to Trump's market-boosting policies but we're now operating at a whole new level – he has certainly kicked it up a notch and now Powell is on the bandwagon too.

Speaking of America becoming a 3rd World country under Trump, his…
END_OF_DOCUMENT_TOKEN_TO_BE_REPLACED