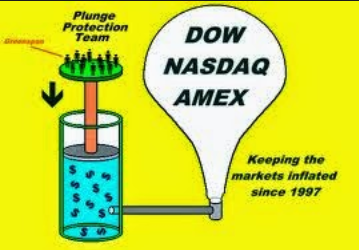 You HAVE to be bullish.

If there's anything the last 8 years of stimulus have taught us it's that you HAVE to be bullish.  We have tried one short list since 2008 and we quickly gave it up as we could not catch a break and it's been very rare in the past 10 years that we've found anything we were comfortable shorting (Oil, Netflix, Tesla) for more than a brief period of time and you can see from the action this morning why that's still the case.  Yesterday, Commerce Secretary Wilbur Ross had his "Let them eat cake" moment but he was quickly bailed out with more talk of progress with China Trade Talks as well as the Fed jumping in to now say they won't be selling so many bonds after all.

While the Fed was spending Billions making sure that wealthy people's portfolios didn't suffer during the Government shutdown, Trump vowed to keep the shutdown going as long as it takes to get his wall while insisting the 800,000 Federal Workers who aren't getting paid for a second week were behind him:  “I love them,” Trump said to reporters on Thursday, “Many of those people that are not getting paid are totally in favor of what we’re doing because they know the future of this country is dependent on having a strong border.”

Ross, on the other hand, who walks around Washington in $600 slippers (with a custom Commerce Department logo, no less!) and is often found in the most expensive restaurants in town, went on CNBC in a $5,000 suit yesterday to complain about Speaker Nancy Pelosi volunteering in a Food Bank, helping the furloughed workers when, instead, she should be capitulating to Trump and giving him his wall:

“I don’t really quite understand why” the food bank visits were happening, Mr. Ross, 81, said on CNBC. Some banks were offering interest-free loans, he said, and because the workers would eventually get their back pay, “there’s no real reason why they shouldn’t be able to get a loan against it.” 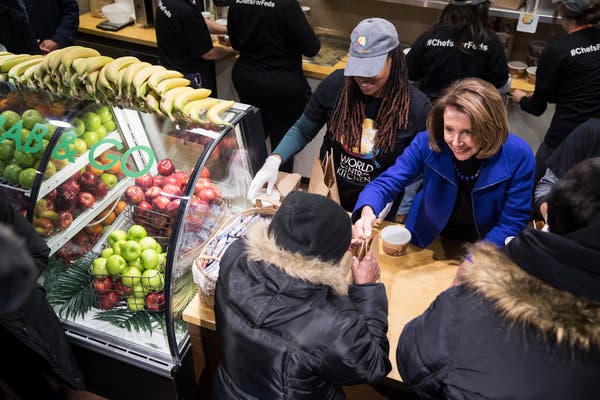 Asked by reporters to respond to Mr. Ross’s comments, Mr. Trump said that he had not heard…
END_OF_DOCUMENT_TOKEN_TO_BE_REPLACED