The virus is spreading at an alarming rate and the futures are up half a point this morning – go figure.  Do you want to know why you can't see the US on this chart?  Because 153,000 new cases for 330M people is 463 cases per Million people – the chart doesn't go that far!

Across the United States, daily caseloads surged. Illinois reported a record number of infections for the second day in a row. Ohio and Minnesota each topped 7,000 daily cases for the first time since the pandemic began, while Pennsylvania and Indiana reported more than 6,000 cases in a day, according to Johns Hopkins. Other states recording all-time highs included Colorado, Utah, New Mexico, South Dakota, North Dakota, Oregon, New Hampshire and Vermont.

The rising numbers of cases pushed hospitalizations higher. The number of people hospitalized due to Covid-19 rose to a record 67,096 for Thursday, according to the Covid Tracking Project. Intensive-care units continued to face pressure. As of Wednesday, there were 12,796 Covid-19 patients in ICUs, the highest number since May 2.  The U.S. death toll, meanwhile, surpassed 242,000 as more than 900 new fatalities were reported, according to Johns Hopkins. 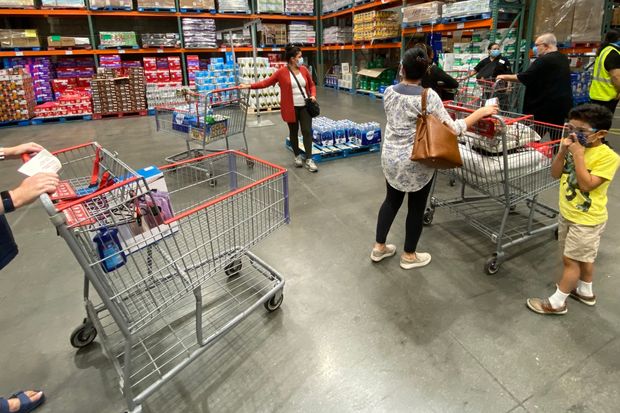 School districts nationwide are split on their closing plans as community infection rates vary and transmission in many locations has been relatively contained.  Cities such as Detroit, Boston and Baltimore have shut down or scaled back in-person learning because of increases in coronavirus cases. Other large school systems including Chicago and Philadelphia that didn’t reopen schools during the fall term are deciding to keep students at home longer.  Meanwhile, schools in Oregon, Texas and elsewhere are keeping schools open despite increases in infections.

Grocery stores are reinstating purchase limits on items like paper towels or soap for the first time since the spring, as consumers stock up on staples amid rising Covid-19 cases.  With people staying at home more, retailers say there is renewed demand for paper products and frozen foods. Stores also are reporting new shortages in staple cooking ingredients like butter and spices.

The markets had a bad, but not terrible week as we're still hanging…
END_OF_DOCUMENT_TOKEN_TO_BE_REPLACED

Fatal Thursday – Virus Deaths in the US Hit a New One-Day Record! Moderna Monday – Another Vaccine Lifts the Markets – Again
Scroll to top