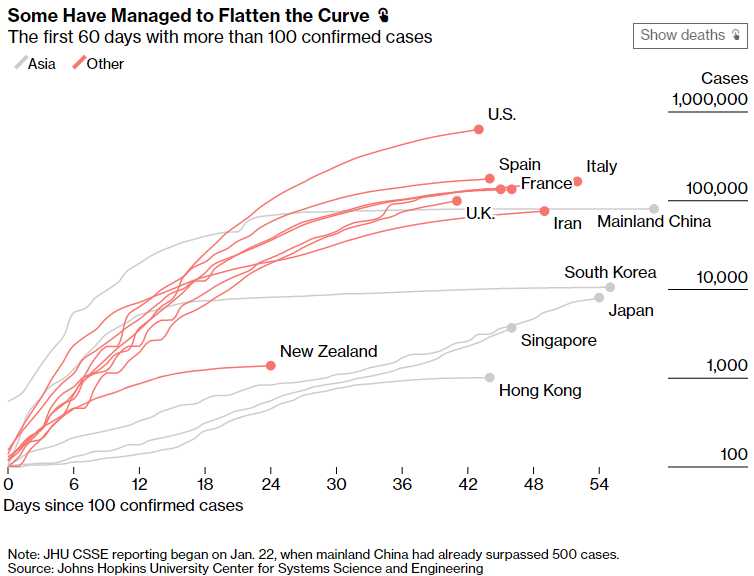 When will things get back to normal?

That's the question on everyone's mind these days and it's very hard to get a clear answer.  As you can see from the chart on the right, the global lockdown does seem to be flattening the curve and China has been getting back to work without too many new cases popping up but it's still 45 new cases today – certainly what a Capitalist is going to call "acceptable losses" in the context or restarting the economy.

China's lockdown began 45 days ago and our lockdown began 30 days ago while South Korea (52M people) never had a lockdown but instead went with testing at a very early stage (they had their first case the same day the US did).  Testing and early detection have given South Korea the lowest death rate from the viurs in the World, with just 169 deaths out of 10,000 cases discovered.  Rather than rely on people with symptoms volunteering to be tested, SoKo authorities took a proactive approach which helped identify cases without symptoms which may have otherwise gone on to spread the virus further.

Using technology developed during the MERS outbreak, authorities were able to track cases using credit card records, GPS and security camera footage to find who those individuals came into contact with and ensure they were tested too.  The government sent texts out to residents informing them when a case was discovered nearby and allowed access to its tracking data.  Many chose to self-quarantine, and using the tracking data, they could also see which public spaces were high-risk areas for infection and should therefore be avoided. 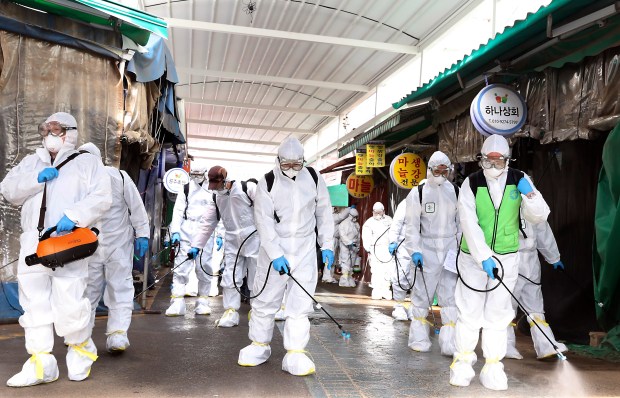 Now, unlike many other ghost towns across the world, South Korea’s cities are full of people going about their usual business. Crucially, many are practicing social distancing and almost everyone is wearing face masks.  To counter the risk of travelers from abroad spreading the virus, authorities announced on Wednesday strict rules for anyone arriving from abroad, including a mandatory two-week quarantine.

Like many Asian countries, South Korea also has extensive spraying campaigns to sterilize all public areas to prevent the virus from lingering and accumulating day by day.  To me, this is…
END_OF_DOCUMENT_TOKEN_TO_BE_REPLACED