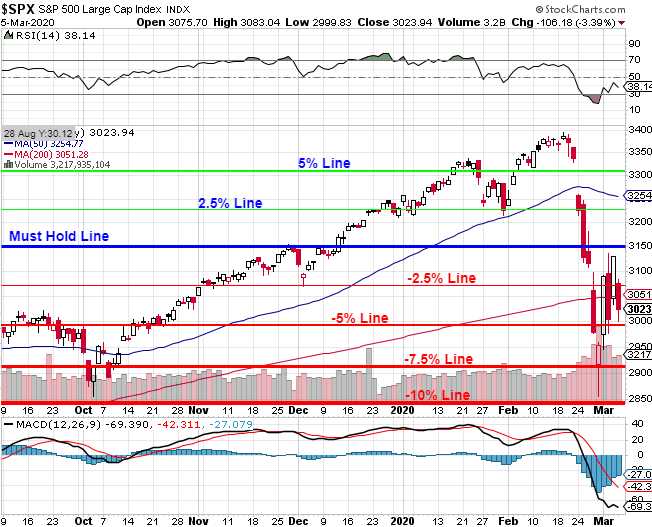 Well, you can't say we didn't see this coming.

On Feb 27th, I said to our Members in our Live Chat Room:

I think we'll languish around 2,850 (100 points lower) on /ES for a couple of weeks and things will either get worse or better on the global front but that's mid-March and then we're about to get Q1 earnings, which will suck so, if the virus isn't significantly better in 2 weeks, we could be heading into a real catastrophe.

We're right on track and no, it's not me that's great at making these calls, it's or Fabulous 5% Rule™, which also told us to ignore the bounce off the -7.5% line (which was a 10% drop with an overshoot) and the quick recovery to the 5% line meant we ignored the additional 2.5% spike down and watched for 2% bounces off the 3,000 line which would take us to 3,060 (weak) and 3,120 (strong) and then the rule is that we don't believe in the strong bounce unless we close over it and then hold it for 2 full sessions without going under.

THAT is what keeps us out of trouble.  So we haven't added many new posiitons in this downturn but, yesterday, we did add to some of the positions we already have, taking advantage of cheap rolls and cheap double-downs on value plays we believe have gotten too cheap.  Not that they can't get cheaper – of course – but if we already doubled down we'll be happy to roll lower and if we only rolled lower, we'll be happy to doubled down – but not until we're a good 10% lower – which we don't think is very likely unless the virus gets much worse.

Fortunately, our portfolios are full of fantastic value positions and, for example, our Money Talk Portfolio, is only down 4% after being up as much as 10% for the year but the positions are very solid.  We can't touch them unless we're on the show (next is April), so they are positions that are meant to be bullet-proof and this is a good test but also a great time for new Members to follow along so let's do a quick review. 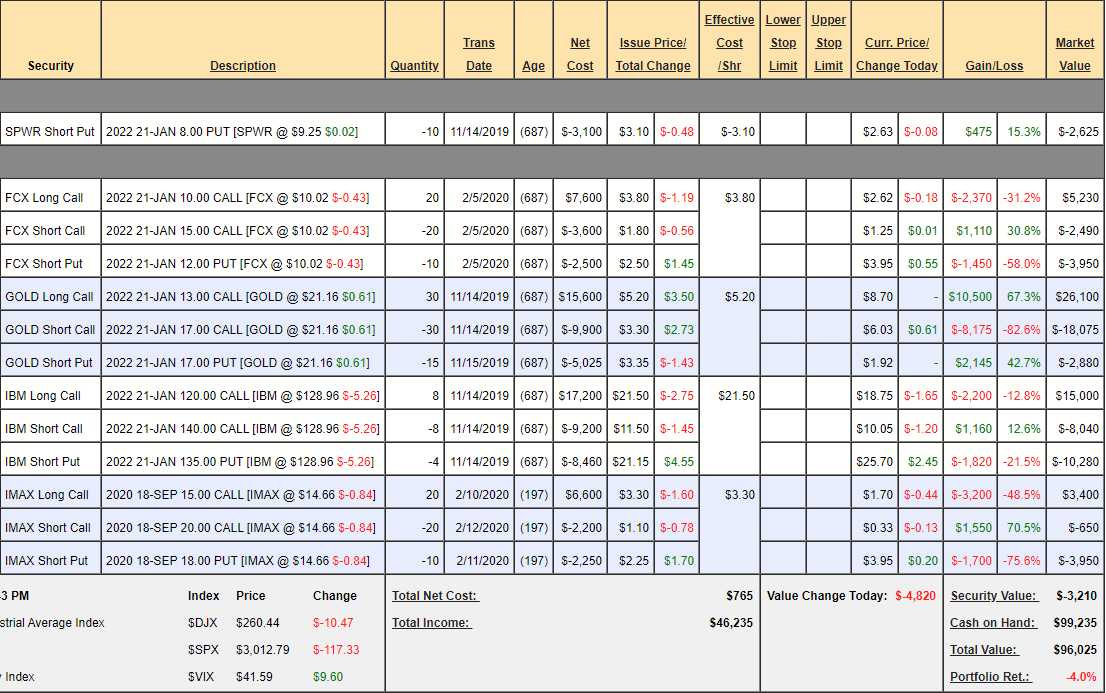