The unemployment benefit boost ran out last Friday and, all week, we were told Congress was making progress towards a new stimulus bill and President Trump, who has never steered us wrong, said that if Congress couldn't agree to extend benefits he would sign and executive order but, last night, the whole thing blew up and we got – NOTHING!!!

Democrats have introduced the HEROES Act which would provide $3 trillion of economic relief. The Republican plan, the HEALS Act, would only allocate $1 trillion dollars. Both sides have attempted to reach compromises in order to pass a cohesive bill, but that has yet to occur.

After a meeting between Democratic House Speaker Nancy Pelosi, House Minority Leader Chuck Schumer, White House Chief of Staff Mark Meadows and Treasury Secretary Steven Mnuchin, Pelosi said no progress had been made. "We're very far apart," Pelosi said. "It's very unfortunate."  Pelosi said Republicans "didn't take the virus seriously in the beginning, they're not taking the consequences of the virus seriously at this time. And that's why it's hard to come to terms."

As noted by Paul Krugman, employment has plunged, and real G.D.P. fell by around 10 percent. Almost all of that, however, reflected the direct effects of the pandemic, which forced much of the economy into lockdown.  What didn’t happen was a major second round of job losses driven by plunging consumer demand. Millions of workers lost their regular incomes; without federal aid, they would have been forced to slash spending, causing millions more to lose their jobs. Luckily Congress stepped up to the plate with special aid to the unemployed, which sustained consumer spending and kept the nonquarantined parts of the economy afloat.

The Democrats put up the HEROES act in JUNE and now it's AUGUST and we're still waiting on the Republican plan – even though they are well aware of the consequences of not moving forward.  Unlike affluent Americans, the mostly low-wage workers whose benefits have just been terminated can’t blunt the impact by drawing on savings or borrowing against assets. So their spending will fall by a lot – pretty much immediately. 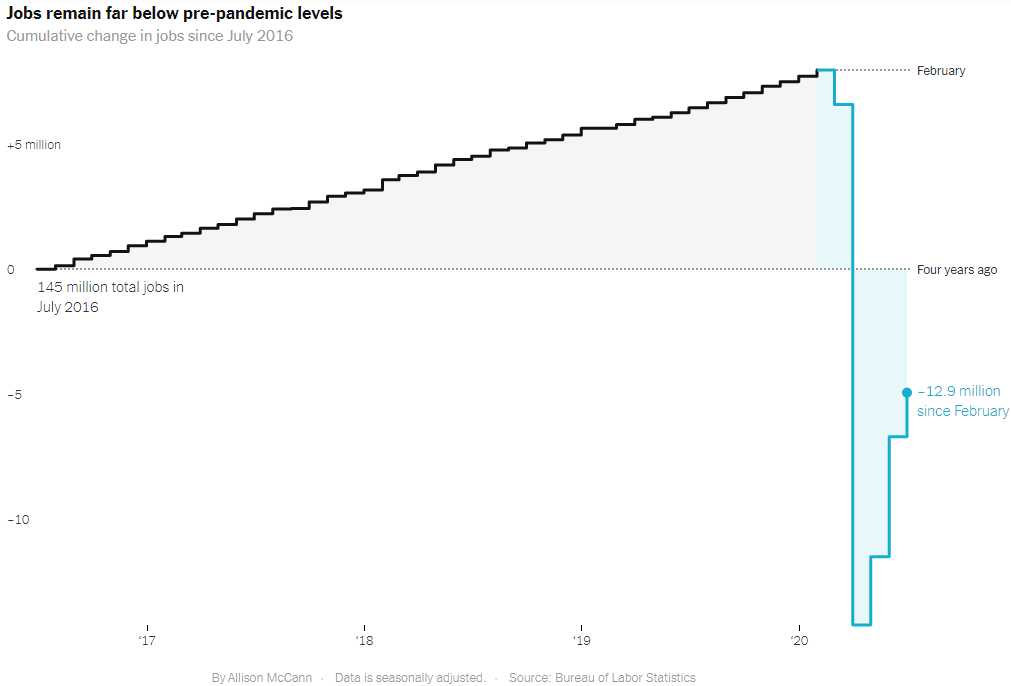