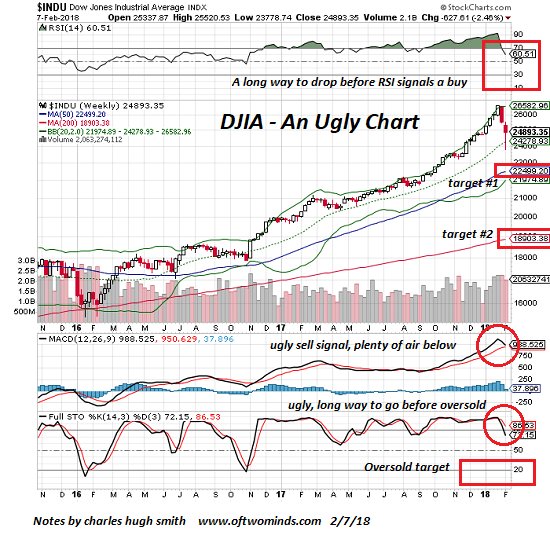 Good golly, what a mess!

What is clear is that the US looks a little scary to investors, both foreign and domestic and it's not the kind of thing that can be fixed by having a huge military parade so money is coming out of funds and those funds are forced to sell their assets at whatever price and down we go.

As noted during the week, we're in a bot-selling pullback and it's following the script of our 5% Rule to the letter but that's not good news as the S&P finished right at our 2,596 (weak retrace) line yesterday and is only just above it this morning.  We needed to go the other way, up to 2,728 and that's not likely to happen today but we are playing bullishly in our live Member Chat Room as follows: As long as 2,596 holds, we're willing to have a long on the S&P Futures (/ES) but it would be nice to have a confirmation from the others to let us know we're on track.  It's sad that I have to say this for the 4th time this week but yes, we still like Gasoline (/RB) long at $1.755, which is the 2.5% pullback line from $1.80, which we certainly expect to be back to into NEXT WEEK's holiday and that will…
END_OF_DOCUMENT_TOKEN_TO_BE_REPLACED