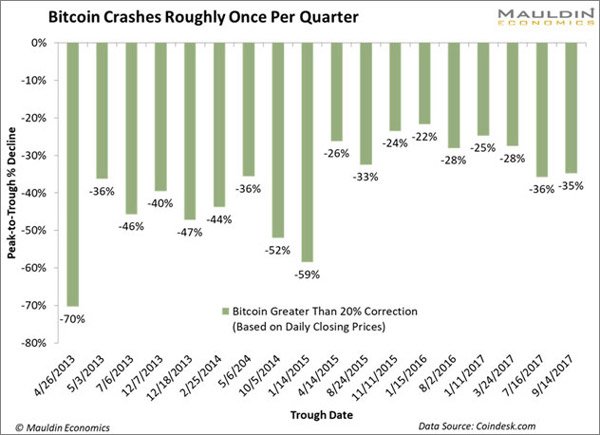 We're not saying BitCoin (GBTC) is dead, just because it fell 30% this week.  That seems to happen to it every few months and it hasn't happend since September, so it was overdue for a correction.  We sold our BitCoins and BitCoinCashes(?) as $18,500 and $3,500 seemed kind of silly to me but we're still accepting GreenCoin until the end of the month as payment for our 2018 Annual Memberships and they are cheap today at 0.000285 while we're converting at 0.00044 so close to a 50% discount on the exchange! 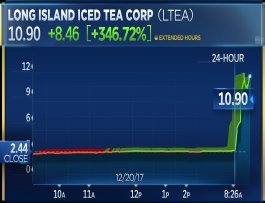 Yesterday, the Long Island Iced Tea Corp (LTEA) said they were changing their name to the Long Blockchain Corp or some such nonsense and the stock jumped 346%.  For those of you who remember the pet food seller, Pets.com, this is the kind of nonsense you see at the height of a speculative bubble – people just trying to associate themselves with the…
END_OF_DOCUMENT_TOKEN_TO_BE_REPLACED