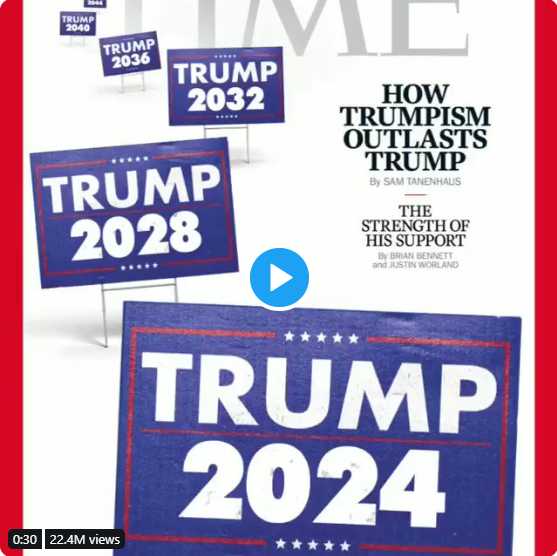 Trump is on the other side of the World.

Unfortunately, that doesn't stop him from tweeting and the President was active last night, sending this very scary video out to his followers while calling the Democratic Debates "BORING!" (they were, but it's not polite) and calling NBC and MSNBC "FAKE NEWS Orgainzations", which undermines the basic principles on which our democracy was founded.  All in a day's work for the President...

On his way to meet with the other World leaders, Trump insulted all of our allies saying that, if the United States were attacked, Japan would only “watch it on a Sony television.” He called Germany a security freeloader and chastised India for raising tariffs on American goods.

Trump has meetings scheduled with each of those leaders tomorrow so we're off to a great start already.  The President has already spoken favorably about Vladimir Putin and told reporters that what they discussed in their meeting would be "none of your business" and Saturday Morning, Trump is scheduled to meet with Mohammed Bin Salman, who had Jamal Khashoggi murdered and dismembered – Trump had nothing bad to say about him either.

As noted in the New York Times, Trump also continues to repeat his lies about NATO – our primary military alliance:

After assailing the treaty with Japan, Mr. Trump went on to repeat what has become a perennial attack on Ms. Merkel’s Germany. “We pay for close to 100 percent of NATO,” he said. “People don’t know that. We pay for close to that because Germany doesn’t pay what they’re supposed to pay, and out of the 28 countries, seven are paid up.”

As he has consistently done since taking office, Mr. Trump mischaracterized how NATO works and