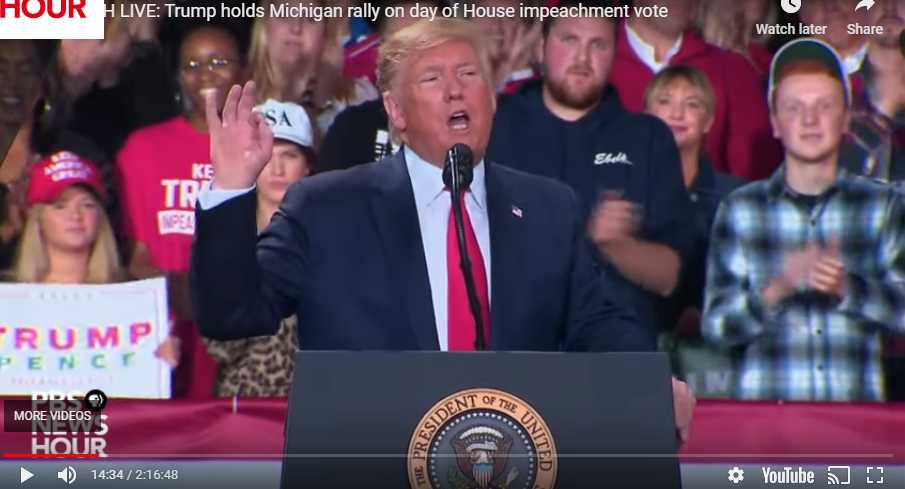 How crazy is this?

At his annual end-of-year news conference in Moscow on Thursday, Putin denounced the impeachment proceedings as "spurious" and said the US Senate is unlikely to remove Trump. He said Trump's presidency is far from over as Republican lawmakers "are unlikely to want to drive out of power a representative of their own party."

To show off his puppeteering skills, Putin made words come out of Trump's mouth all the way in Michigan while having Trump flash the "White Power" sign to the crowd, who burst into applause.  Now, I don't know when we decided the "OK" sign was now the White Power sign and I'd love to give Trump the benefit of the doubt but it's not like he can't know that the OK sign is not OK – it's been a controversial topic involving his supporters all year long and just this weekend, West Point and  Annapolis launched investigations into students who flashed it during the Army-Navy game. 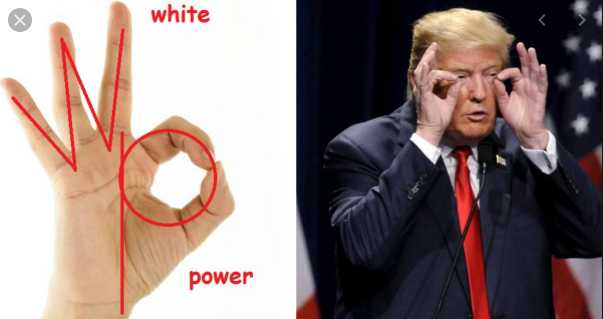 This is not the first time Trump has been accused of flashing the White Power symbol during a speech and it's a very interestering time to be stirring it up again, what with him being impeached on the same day and all but Vladimir Putin says Trump should not worry as he can't see his GOP Senators reversing the votes he worked so hard to obtain.

In the end, no Republican House Members voted to impeach the President and only 2 Democrats voted not to but, on Article 2 of the Impeachment (Obstruction), 35 Republican's did not vote rather than pretend the President did not obstruct Congress any of the 10 times he was cited for doing so in the Mueller Report.   Unfortunately for Trump, the leaves the House Vote 221 to 165 against him and that's 57% – more than enough to convict in the Senate.

I say we give Trump a pass on using the OK sign because maybe the President is just oblivious to current events or, if not, lacks the self-control to avoid making controversial gestures that are likely to be misinterpreted as support for the worst possible people or, even better…
END_OF_DOCUMENT_TOKEN_TO_BE_REPLACED