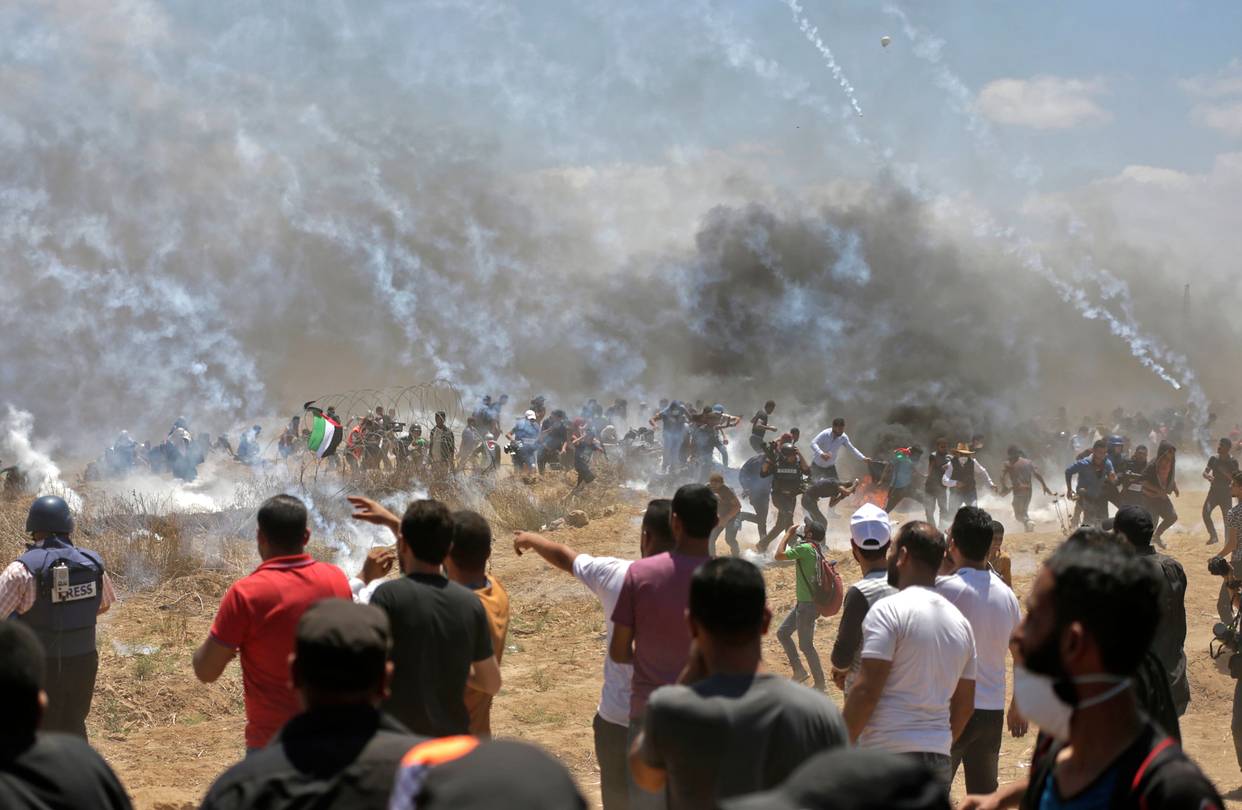 28 protesters were killed in Israel and 1,000 wounded this morning (so far).

Jared and Ivanka were on-hand for the opening of the new US Embassy in Jerusalem and, to no rational person's surprise, things did not go well and now tensions are escalating and Hamas claims they will have 100,000 people ready to storm the fence between those two countries – this is, of course, the kind of tension Trump wants to bring to this country along our Mexican boarder.

In more anti-American news, Iraqis voted for populist cleric Maqtada al-Sadr, who openly fought against US forces and has allied himself with the Communist Party but he ran on the Trumpian platform of "draining the swamp", which plays just as well with ignorant Iraquis as it does with ignorant Americans.  This election puts al-Sadr on track to possibly become the next Prime Minister, which would be a tremendous blow that undoes all the progress the US has made in Iraq since the Bush years – yet another Obam policy Trump is completely reversing! Speaking of reversing:  Trump announced this morning that he will be lifting the ban on China's ZTE Corp, which had been accused of "egregious behavior" in evading sanctions the US has placed on other countries as well as having phones that were a Trojan Horse for Chinese spyware.  Trump said in a Sunday morning tweet that he and Chinese leader Xi Jinping are working together to give ZTE “a way to get back into business, fast.’’  The U.S. blockade has choked off the revenue of the No. 2 Chinese telecom company, which  regards the next two weeks as crucial as it faces potential collapse.

Trump’s comments about the company and concern about Chinese jobs come as the U.S. and China are locked in high-stakes negotiations over trade and intellectual property.  Both countries are threatening to slap tariffs…
END_OF_DOCUMENT_TOKEN_TO_BE_REPLACED