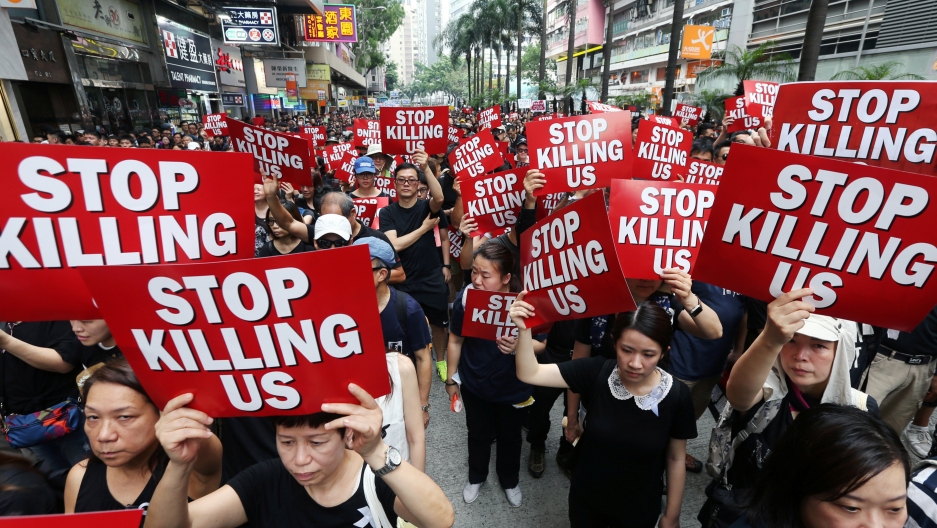 The Futures are up again – yawn!

Progress was made on the Trade War – again – as China agreed to raise the penaties they never enforce on IP Theft over the weekend but keep in mind our expectations have been lowered so much that the market is now celbrating SOME progress on a PARTIAL trade deal – 2 years after the fact!  When did we all become such idiots?  Because of the trade progress, Trump has left the Hong Kong protesters out on a limb by refusing (so far) to sign Congresses bill sanctioning China for their brutal crackdown.

Fortunately, Hong Kong citizens weren't waiting for Trump and Putin's approval and they went to the polls this weekend and overhwelmingly voted for pro-Democracy (the thing Trump and Putin are against) candidates who won 90% of the seats up for grabs with a record 71.2% turnout at the polls despite China's voter intimidation tactics.  This is very worrying for Trump and the GOP, who are counting on their own voter intimidation tactics to keep potential Democratic supporters away next November.

Hong Kong's embattled Government took a page out of Team Trump's playbook and attempted to spin reality with this statement:

"There are various analyses and interpretations in the community in relation to the results, and quite a few are of the view that the results reflect people's dissatisfaction with the current situation and the deep-seated problems in society, (The government) will listen to the opinions of members of the public humbly and seriously reflect."

Democratic candidates on Hong Kong ran on a central theme of "Five Key Demands" from the protests, which boil down to this: