China's Manufacturing PMI rose from 49.2 in February to 50.05 in March, which is back to expansion and that's boosted Asian markets which in turn boosted the EU open which is now boosting the US Futures, so it looks like we're going to have a good open.  Of course, Chinese PMI always rises in March as Feb is their Lunar New Year, when things are closed for a week but, shhhhhhhh… let people celebrate if they want to….

Even if we pretend to trust Chinese data, if their economy is rebounding while under Trump's sanctions, they may consider that they don't have to make as many trade concessions – and that can drag out or completely derail the process that has been the basis for these record-setting Q1 gains in the indexes.  David Lipton, the International Monetary Fund’s first deputy managing director, said last week that trade tensions between the two biggest economies “pose the largest risk to global stability.”

To boost the Chinese economy in March, policy makers urged banks to lend more, especially to small and private companies, boosted spending on infrastructure and promised 2 Trillion yuan ($298Bn) in cuts to taxes and fees on businesses and households.  First-quarter reports of company borrowing matched the highest level since mid-2013 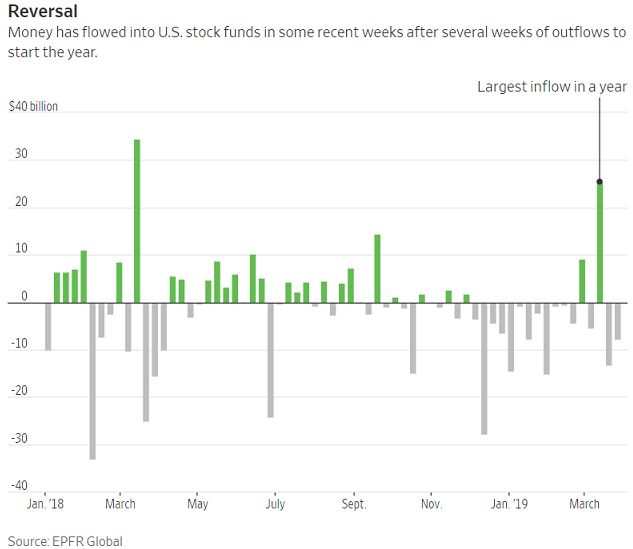 According to the WSJ, FOMO (Fear of Missing Out) is back as a driving force in the market as investors are worried about missing the rally and falling behind and I have to agree with that assessment as it's the only reason we haven't cashed out – and it bothers me every day as it's a pretty dumb reason to be bullish but, on the other hand, we'd hate to miss more gains...

And, of course, if you don't want to buy stock in a company, they are happy to buy it themselves.  Some analysts say greater investor demand for stocks could join robust corporate buybacks in supporting major indexes. S&P 500 share repurchases in the fourth quarter rose to a record $223 billion, a 63% increase from a year earlier, according to S&P Dow Jones Indices.

Meanwhile, these record-high market levels are MADNESS considering we're heading into a significiant slump in Corporate profits – the first one after two straight years of gains: 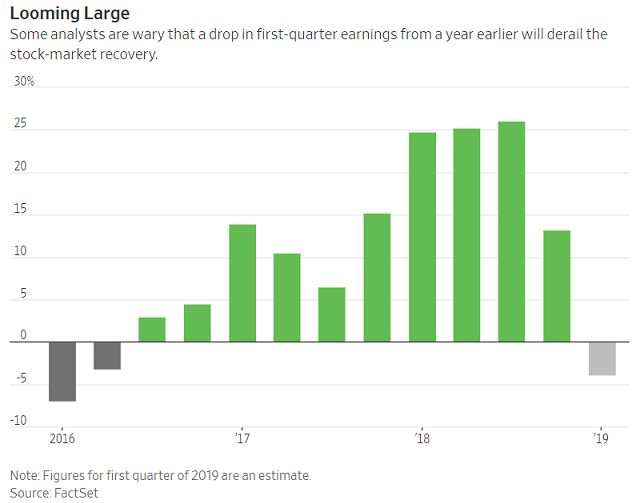 Philstockworld March Portfolio Review (Members Only) Technical Tuesday – Are We Moving Up to a New Range?
Scroll to top