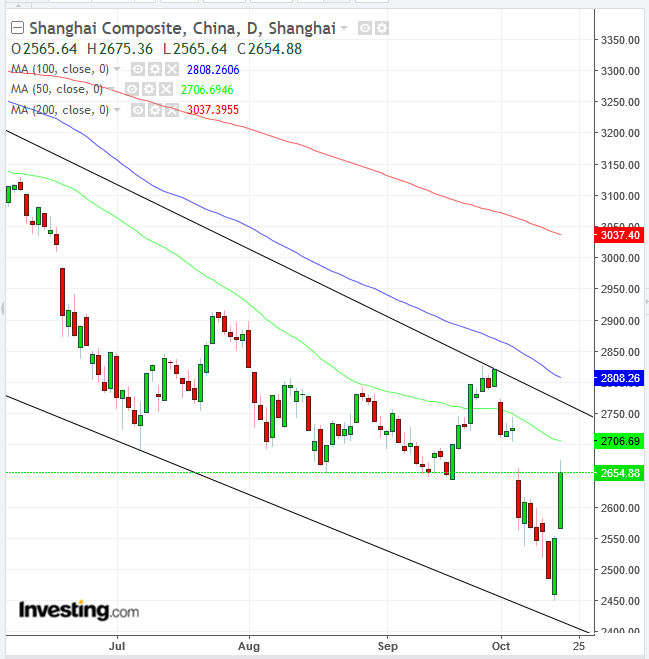 Not much going on.

China is doing what they can to prop up their markets this morning as President Xi Jinping vowed “unwavering” support for the country’s private sector.  In a clear hint that Beijing will do more to protect China’s economy, Xi insisted that his government was standing behind its business leaders.  In a letter to private entrepreneurs, the Communist leader pledged:

“Any words and practices that negate and weaken the private economy are wrong.

Supporting the development of private enterprises is the Party Central Committee’s consistent policy."

We also got a boost from Italy, whose rating was cut by Moody's but not all the way to junk, as expected – they are one notch above junk and have agreed to try again to submit a budget that's acceptable to the EU.  On the home front – our own fealess leader has pledged to also make America a Capitalist Paradise but this weekend he also promised the Middle Class some super-secret tax cuts that no one in Congress seems to have any idea about – especially as he's promising them pre-election and Congress isn't even in session to pass them.

When Congress does come back, they'll actually be working to avoid a Government shut-down as Trump's prolific spending has already broken the very generous debt ceiling and another cut would surely shatter it beyond repair.  Rule #1 of government is that you don't run up deficits in a strong economy – that's when you are supposed to pay them down!  If you never pay them down – what are you going to do the next time there's a crisis?

We have a busy data week ahead with the Fed's Beige Book out Wednesday, Durable Goods Thursday and 3rd Quarter GDP on Friday and estimates have been heading lower and lower with the usually optimistic Atlanta Fed down at 3.9% from 4.9% forecast last quarter.  Q2 was 4.2% so anything under 4% is slowing but under 3.5% will be seen as a very negative sign.  Along with data, Earnings Season is heating up with 100 (20%) of the S&P 500 about to drop their reports: 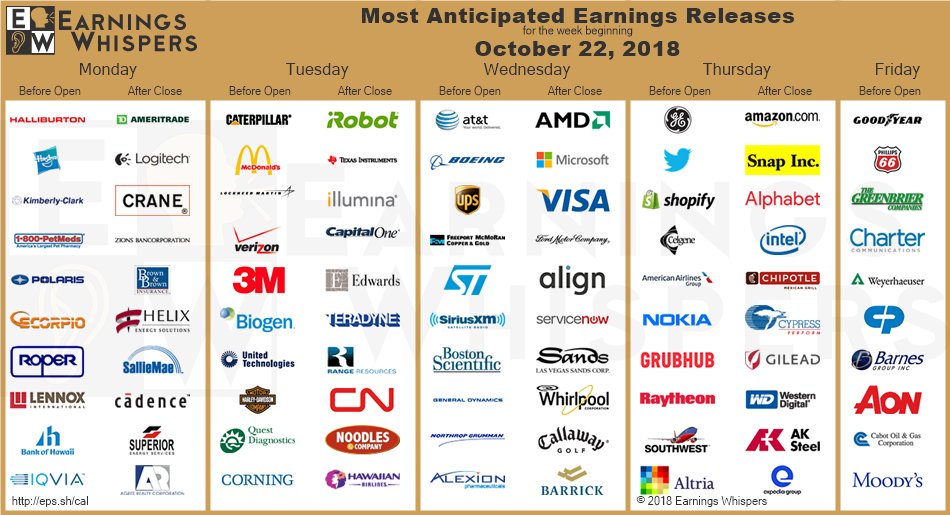