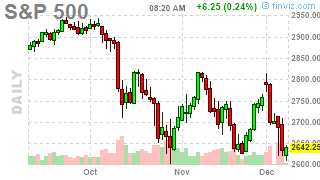 Are the dip buyers still out there?

That's not entirely clear anymore as we're testing a triple bottom on the S&P since late October and 2,950 to 2,650 is 300 points down and 2,800 is right in the middle and that's where we kept failing – not a very bullish sign and this dip has been faster than the first two so, if the bounce is weaker than the first two – that's a bearish pattern we'll be able to hang our hats on.

Trade talks with China did not improve over the weekend with Lighthizer saying March 1st would be a "hard deadline" while Navarro says "China's predatory days are over" – and those are our chief negotiators!  China is demanding that Canada release the daughter of Huawei's Founder and is treatening "further actions" against the US if the issue is not resolved and this is what happnes when people pretend to negotiate a trade deal but are actually only interested in sabotaging it so Trump can keep taxing (oh, sorry, tariffing) Americans on things they used to buy under free trade agreements.

Speaking of Trump – things have not been going well in Trump Land and that adds to the market uncertainty so I would take any move up this morning with a huge grain of salt.  Very simply, for the S&P, the 300-point drop leads to a 60-point weak bounce so that's the goal for today and failing that (we will fail that) then it's more likely we'll have to keep an eye on the floor tomorrow to see if that holds. 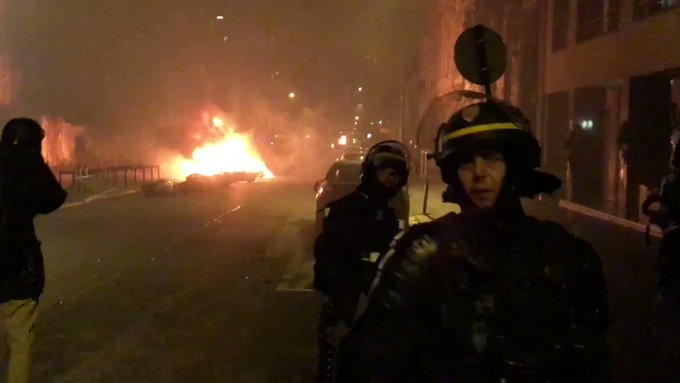 Meanwhile, both China and Japan had poor economic data over the weekend and riots continue in France for the 4th week with 136,000 people marching on Satuday leading to 2,000 arrests while Retail Sales are down $1Bn for the month and restaurant sales are down as much as 50% as people choose to stay home rather than navigate Paris' burning streets.

Friday Market Follies – Will Non-Farm Payrolls Give us a Flip or a Flop? Thursday Flatline – Markets Drift Weakly into the Weekend
Scroll to top