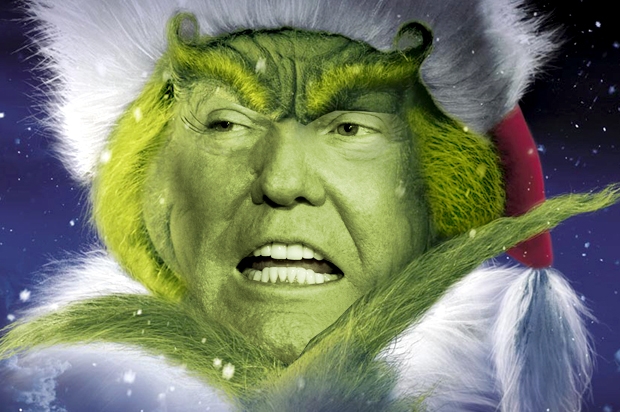 Merry Christmas to all the survivors of 2020!

I would list them but, if you've ever seen the Vietnam Memorial Wall in Washington, DC – well, there's "only" 58,000 names on that walls for all the American soldiers who gave their lives in that 20-year war and we would need 6 sets of those walls just to try to rembember all the Americans who have died just this year under the reign of our mad tyrant, Trump.

20,874 people are dead in Florida, 23,651 in California, 26,405 dead in Texas… nowhere is untouched, nowhere is safe – we even had a case of Covid in the South Pole this week.  But no country is suffering like America and no people are suffering like Americans with 18.5M of us now having been infected – half of them actively so as the infection rate has soared to 1.5M people per week and is very likely to hit as many as 2M people in our country per week (300,000 per day) after the holidays. Our fellow countrymen need our help more than ever before and I was inspired by an old post on Barry’s site titled "Give and You Will Receive" listing 13 good ways we can all give every day.

’Tis the season of giving and goodwill to all man and all that and my children used to wrap up all their old toys when they were done with them to give to children who need them more than they do.  Keep in mind that your old IPhones makes a great IPods for kids who can't afford such fancy things – even without the contract and those old kitchen appliances, tools, etc. could really help out people less forunate than ourselves.

It’s a little thing, but if you want your kids to learn the benefits of charity, actually parting with things they like or liked and physically giving them to kids who clearly appreciate it is much more gratifying than writing a check to some anonymous organization.  The same goes for volunteering some time (and money!) at a local shelter and helping some people come in from the cold for a nice, warm meal – it makes you appreciate your…
END_OF_DOCUMENT_TOKEN_TO_BE_REPLACED