The Futures are all over the place.

On Friday, we mitigated much of the damage as rumors spread that the Fed was going to save us but the Federal Reserve can't stop the economy from grinding to a halt as people avoid movies, restaurants, crowded workplaces and even supermarkets that don't have face masks – which is now the hottest selling item in the World (even though they don't really help). 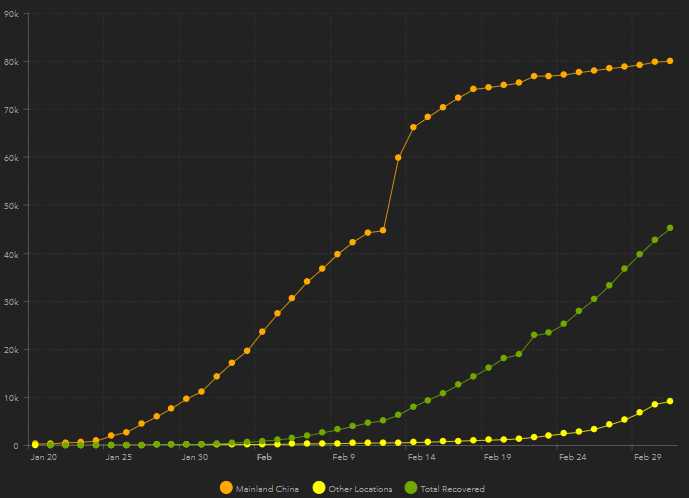 All in all, there are now 9,000 cases outside of China, where the virus is somewhat contained though it is possible the Chinese Government is lying in order to get the people back to work and, frankly, it's a very tough choice the Government has to make since it's planting season and, if they fail to plant crops, then people will starve in the Fall in much greater numbers than they would be likely to die of the virus – so it is better for the people to go back to work and risk getting sick – China just doesn't trust them enough to tell the people the truth of the situation.

Dale Fisher, a professor at National University of Singapore who specializes in infectious diseases, said the outbreak will continue globally unless more countries take a stricter approach to finding all the individuals who had contact with infected people. In places with a large number of cases, they may have to take extreme measures and quarantine large areas, he added.

“If you do nothing you’ll get another Wuhan,” said Dr. Fisher, who also heads the World Health Organization’s global outbreak alert and response network.

You're not hearning about this because your own leaders don't trust you with the truth either.  The message from the Trump Administration is that this is "no big deal" and you should get back into the market because the Fed will…
END_OF_DOCUMENT_TOKEN_TO_BE_REPLACED