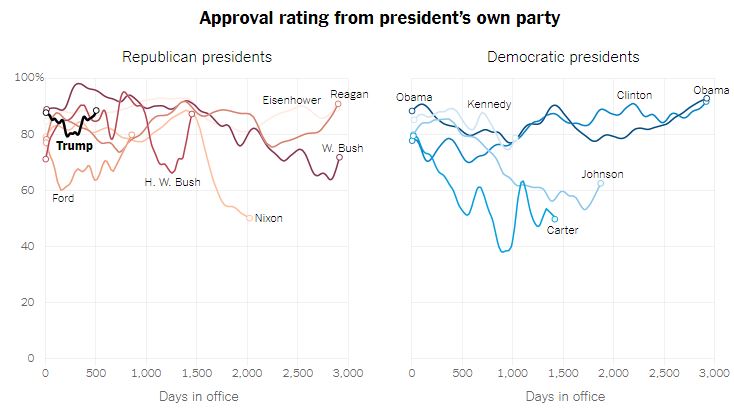 Now what has President Trump done?

You know, you shouldn't have to wake up in the morning and have that be your number one concern.   The President of the United State of America is, traditionally, a stabilizing force in the World, not an agent of chaos!  While, Republican voters seem to be loving the chaos so far (90% of them approve of the President) – how many times can he roll the dice before he craps out and pisses off the whole table?

Aside from escalating the Trade War this weekend by barring Chinese investments in US tech firms (sending the markets tumbiling again), Trump has decided to suspend Due Process, which is in both the 4th and 15th Amendments to the Constitution because that's how important people used to think it is!  Now, ordinarilly we'd say "Well the President can't just suspend due process, this isn't a dictatorship, we have a system of checks and balances to reign in a President from having absolute power.  Even if he could get a Republican Congress to go along with something so outrageous, we have a Supreme Court full of lifetime apointees who will prevent him from violating the Constitution."

Did you manage to make it through that without laughing?  Well, that's the situation we have now, unchecked power in the hands of Donald Trump and today he's using it to suspend due process.  Of course, it's only being used against immigrants at the moment but that's kind of the point of that famous poem by Pastor Niemoller about the Holocost:

First they came for the Socialists, and I did not speak out—
Because I was not a Socialist.

Then they came for the Trade Unionists, and I did not speak out—
Because I was not a Trade Unionist. …
END_OF_DOCUMENT_TOKEN_TO_BE_REPLACED