At the end of this week, we'll have gone a month without a Government.

That's kind of dangerous as people may begin to realize they don't need a Government.  Well, rich people don't need a Government – poor people are screwed…  Federal workers are screwed as they didn't get paychecks on Friday, despite 420,000 of them being considered "essential" and working without pay.  When you go to work you spend money on gas, tolls, lunch, day care – it's not like the Government is just asking people to work for free – they are essentially forcing people to dig into their own pockets to support Trump's madness.

Not only that but missing bill payments due to not getting paid will impact the Federal Workers' credit ratings – damaging them and their families for years to come.  #TrumpDontCare

Meanwhile, nothing is getting done and that's slowing US commerce down and we're talking a month – that's 10% of the year and we're not going to be back to 100% right after the shutdown ends as there must be piles and piles of backlogged things sitting on the desks of the 380,000 furloughed workers as well.  Already the Wall Street Journal has estimated that this shutdown will bring GDP growth for Q1 down to 2.2% from 3.1% for all of 2018 – another month and we'll be below 1.5% but it will give Trump an excuse for failing to deliver on his GDP promises – and he needs an excuse because nothing Trump has done has really helped the economy anyway. 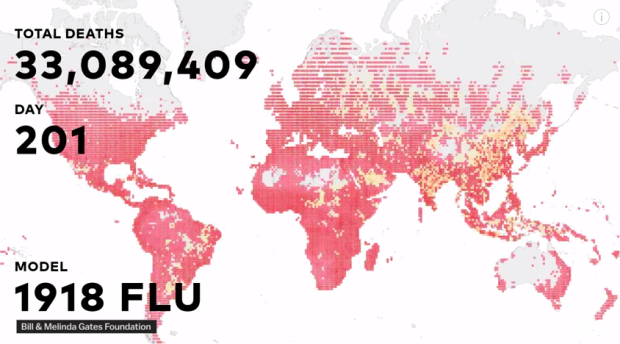 We're right in the middle of Flu Season and 30 people are dead and 9,000 people are hospitalized but money to the CDC's Influenza Program (our front-line defense against a national outbreak) has been cut off and that means we have no coordinated program to track and identify flu strains, which is how doctors get guidlines for treatment and how vaccine makers are able to prepare batches of antibiotics to contain the outbreaks.  In other words, not only are people going to die during Trump's little temper tantrum, but this could lay the groudwork for a massive outbreak – the kind that usually doesn't…
END_OF_DOCUMENT_TOKEN_TO_BE_REPLACED