That's where it looks like we're going this week as Apple (AAPL) closed at $246.58 and it up over $247 pre-market.  At $1.14Tn, Apple is just a bit more valuable than Microsoft's (MSFT) $1.074Tn valuation but Apple made $59.5Bn last year while MSFT "only" made $39Bn so AAPL is quite the relative bargain and we will see just how much of a bargain on Wednesday evening.

That's not the only thing happening Wednesday, of course.  On Wednesday we also get our next Fed Rate Cut – or else!  Expectations are near 100% that the Fed will cut rates another quarter-point at Wednesday's meeding (2pm) and then Powell speaks at 2:30 to justify how record-low unemployment and record-high stock prices justify record-low interest rates and a record-high Fed Balance Sheet.  He'll probably use the "Chewbacca Defense". We are waiting to see if other stocks pick up the slack – because that's what we'll need to break over to new all-time highs – Apple can't do it all unless it pulls a Tesla (TSLA) kind of move and pops 30% on earnings, which would be another $60 on AAPL.  Of course, that would be ridiculous but so was TSLA's gain and this weekend the company went into a full-court PR press pushing everything from Solar Panels to Trucks to keep the momentum going as Musk looks to re-capture $380, which would put Tesla at $78Bn in market cap – "only" 80 times their best-case earnings projections for 2020 ($900M). 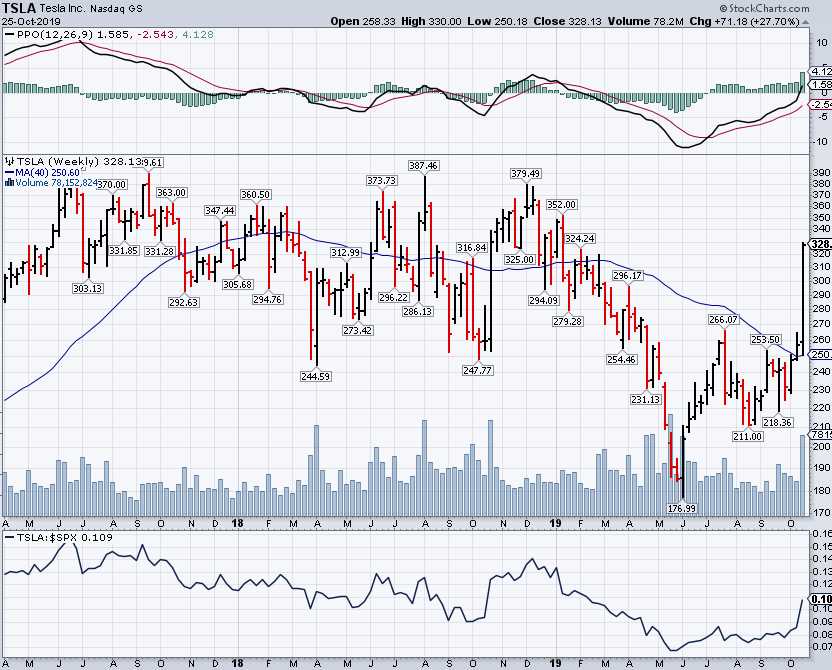 After losing $702M in Q1 and $408M in Q2 this year, TSLA announced on Wednesday night…
END_OF_DOCUMENT_TOKEN_TO_BE_REPLACED

Faltering Friday – Amazon and Other Earnings Not Enough to Hold S&P... Tempting Tuesday – Introducing our Dividend Portfolio
Scroll to top