Nothing seems to matter.

Trump's appearance at the G20 meeting this weekend was universally reviled as one of the worst foreign policy disasters since Chameberlain met with Hitler yet there's no indication if it in the Futures as we seem to be holding Friday's pumped-up, low-volume gains – so far.

ABC's political editor, Chris Uhlmann delivered a scathing analysis of Donald Trump’s presidency during the G20 summit, accusing him of hastening America’s decline as a global superpower and criticised Trump’s presence at the summit in Hamburg, his leadership and use of Twitter, saying his actions in diminishing America are “the biggest threat to the values of the west."

No one at the event was able to disagree as America lost on every possible point while our former allies did end runs around us to make trade agreements with each other now that Trum is questioning our own long-standing trade deals.  It's been 45 years since Nixon went to China but Trump has pushed American foreign policy back to the stone age in just 6 months, generally to Vladimir Putin's advantage.

Putin, for his part, said he would happily accept President Trump's invitation to form a cyber security task force and get to the bottom of who is hacking the elections.  He also pointed to the reporters who were in the room for a briefing and said "These are the ones who insulted you?" to which Trump replied "These are the ones, you're right about that" and you can see Putin's man to his left making an ominous list (Putin is known for eliminating reporters who displease him).

This is, of course, right after Trump has retweeted a video of Trump attacking a CNN proxy at a wrestling match and just last month Putin was joking with Czech President Milos Zeman about "liquidating" journalists.  Of course, Putin has mellowed over the years.  In 1995 and 1996, over 50 journalists were killed and only 5 in the last 2 years so either Putin is getting soft or reporters have gotten the message.  Either way, you can see why a budding Despot like Trump would look to Vlad for guidance… 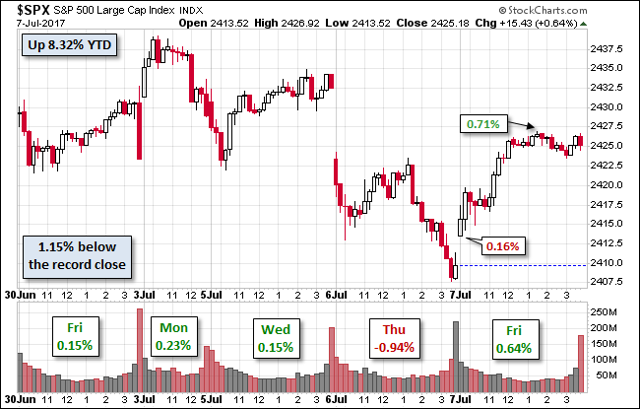