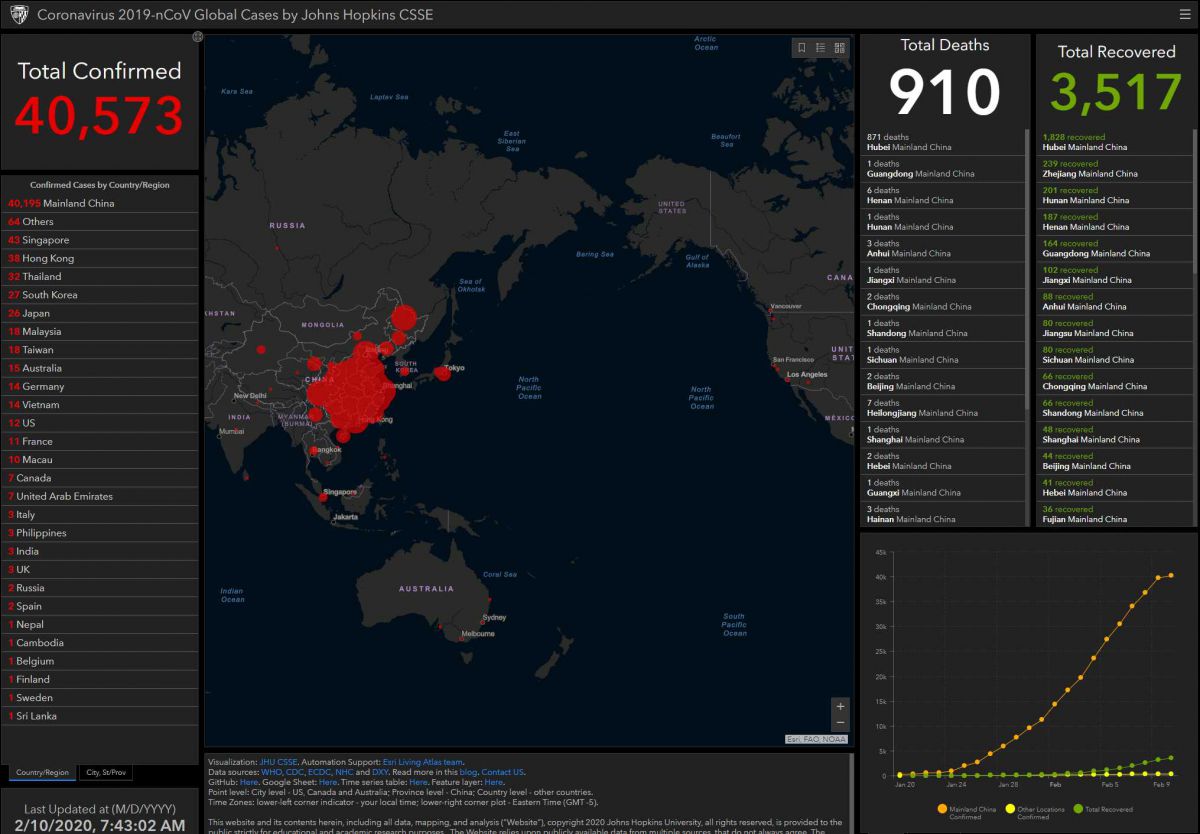 The good news is, 3,500 people have now recovered and "only" 37,000 people remain ill.  Oops, 36,000 – the other 1,000 are dead but hey – why should that worry the US Stock Market, which has the ability to ignore everything, it seems…  I HATE to be an alarmist but I am alarmed and not many other people seem to be so I'm going to bring it up – just to maintain awareness until it's really not a worry.

As you can see from the chart, China has hardly been completely covered over with virus hot-spots and I can still see most of the word "Tokyo" (because it's out in the ocean and no one is affected there yet) and only MAJOR cities in the US have the virus so far – why would anyone worry about that?  Last Monday, there were 17,400 people infected and 364 people dead so one could argue that this is more and one could say that green line on the chart, representing Global Infections, has begun to take off – after being flat all month while we "got it under control" but not me – I'm NOT an alarmist….

The Monday before that (Jan 27th), we were at 3,000 people and hardly anyone was dead but I predicted fighting the virus would cost hundreds of Billions of Dollars and knock $400Bn (2.8%) off China's GDP which, of course, would bleed through and affect other economies – all that remains to be seen, of course.

Last week, the markets got a pop on word there was a "cure" (viruses are not cured) and a vaccine (vaccines take months to create and more months to manufacture) in China and both turned out to be BS but, as we have learned in the age of Trump, it doesn't matter if something is true or not – as long as it works.  In fact, just this weekend, we got this cheery note:

A cluster of cases

TGIF – Stop the Rally, We Want to Get Off! Take Off Tuesday – Crisis, What Crisis?
Scroll to top