Well, Friday was a disaster, wasn't it?

Turns out it wasn't about Trump, he is still at large after Mueller did not find enough evidence to convict (still plenty of evidence to suspect but Trump's AG Barr has squashed further investigation) so it looks like Trump's policies will be with us for another two years.  As you can see from the chart, that will give us two more years to work on really pissing off the rest of the World, whose approval of the US is already at or near the record lows set by Bush II.

Isreal still likes us and you can see the GOP working double-overtime recently pandering to them and Nigeria likes us for some reason along with Poland and India.  Of course, Trump and his followers probably don't care if foriegners don't like us because these 320M people don't need the other 7,800M people on this planet and we don't need to trade with them or get along with them or even enter into defense agreements with them because – WE'RE NUMBER 1!  USA! USA! USA!!! 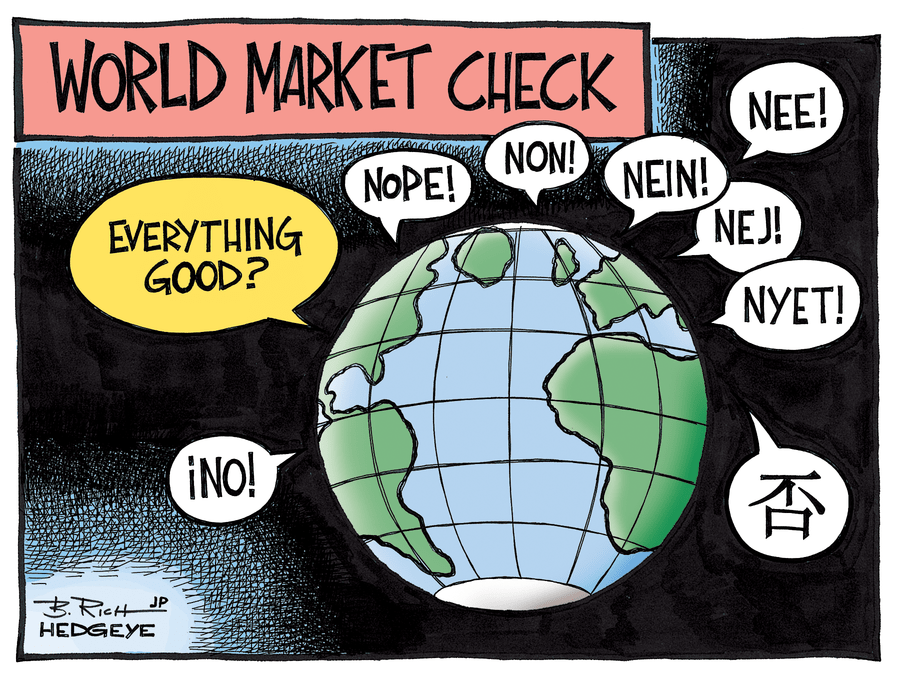 See, if you say it loud enough and often enough, you may actually start to believe that.  Who needs reasons when we have chants?  Well, I guess the answer is people with globes, people who understand that it's a global economy and not a local one any more but those people are called "Globalists" and they are vilified by the right as if reality is some anti-American agenda.

We have the same problem in the stock market as US traders think that things that affect the rest of the World don't matter to US markets, despite the FACT that the S&P 500 gets half it's revenues from overseas.  Fortunately, at PSW, we do watch the overseas markets and there was nothing surprising about last week's correction and this morning, we can play long off the support lines as we expect to bounce off Dow (/YM) 25,300, S&P (/ES) 2,800, Nasdaq (/NQ) 7,300 and Russell (/RTY) 1,500 and, of course, we go long the laggards with very tight stops if any of them fail to hold…
END_OF_DOCUMENT_TOKEN_TO_BE_REPLACED