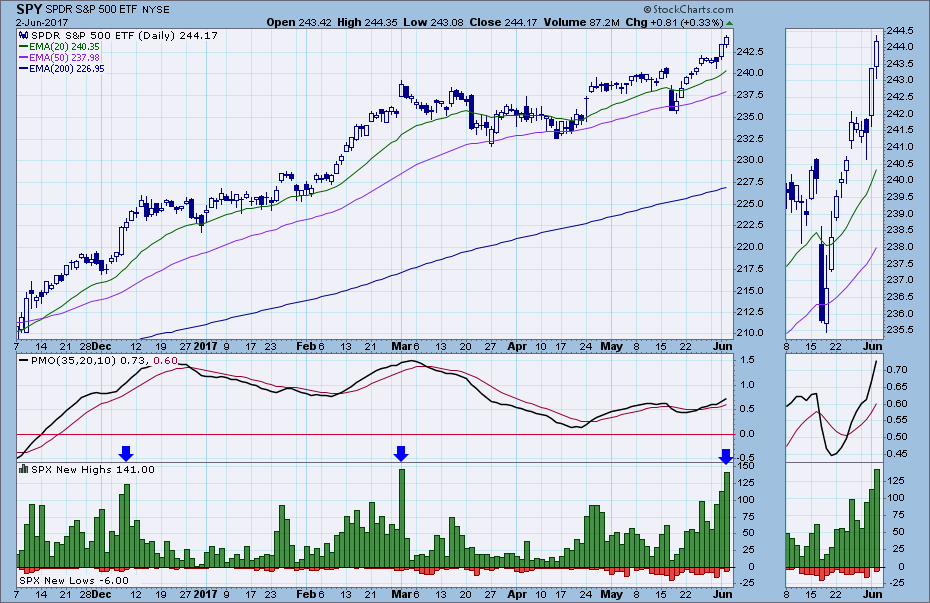 Will this market ever go lower?

Making money in a bull market is easy, the trick is not losing it when the market turns sour!  We only had 3 losing Top Trade Ideas (out of 14) in the first two months of 2017 and one of them was a Russell (TZA) hedge, which was SUPPOSED to lose money if the market went up.   By funneling a percentage of our profits into well-constructed hedges, we are able to lock in a substantial portion of our gains against a downturn.  We had that tested a few weeks ago when the market dipped and our portfolios passed with flying colors. 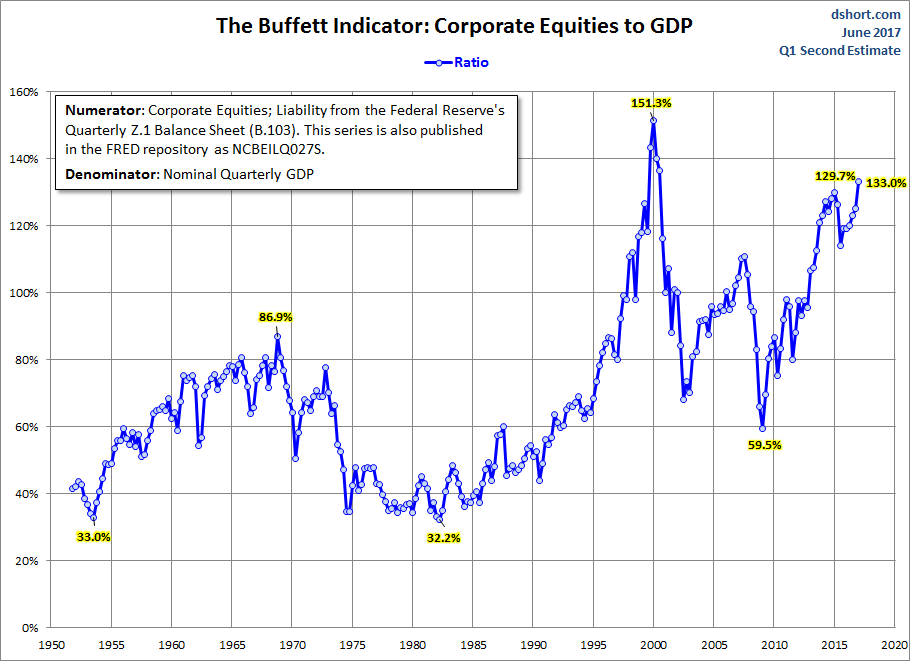 In fact, we actually make more money on the way down than we do on the way up because we're tilting bearish with some highly-levered positions but we did have to adjust a few last week to reflect the possibility that this market is going to keep going higher and higher and never ever stop – because that's kind of how it feels at the moment.

As I've noted before and as you can see on Doug Short's Equities/GDP chart (the Buffett Indicator), this market is getting a very 1999 vibe and only in 1999 has the market gone this insane with valuations.  Never before have so many people paid so much money for such little earnings!

When the DotCom bubble burst in…
END_OF_DOCUMENT_TOKEN_TO_BE_REPLACED