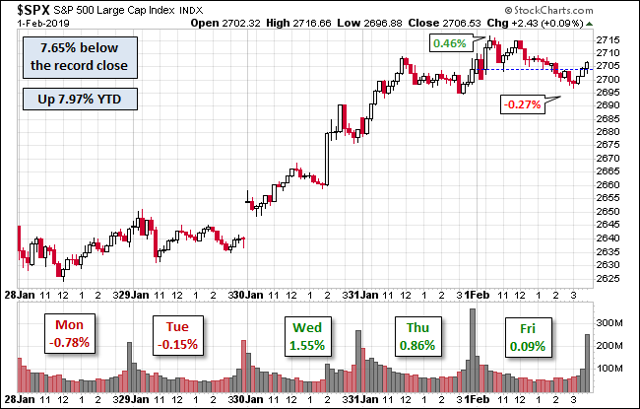 Well, we've made a bit of progress.

Unfortunately, it was almost entirely due to Wednesday's Fed Meeting and Powell's doveish statements after but what worried me that night (as I said on TV) and what worries me still – is what is the Fed so afraid of that they feel they have to prop up the markets at levels that are 300% HIGHER than when they began to intervene back in 1999?

Intervention is expensive and intervention is destabilizing and usually used as a last resort and it's not just the 666 lows on the S&P that we're miles above but the pre-crash highs of not even 1,600 that we're beating by 1,100 – that's 68.75% higher than we were than the levels the Fed was supposed to be getting us back to and NOW they think falling back to not quite 100% higher is some kind of crisis? 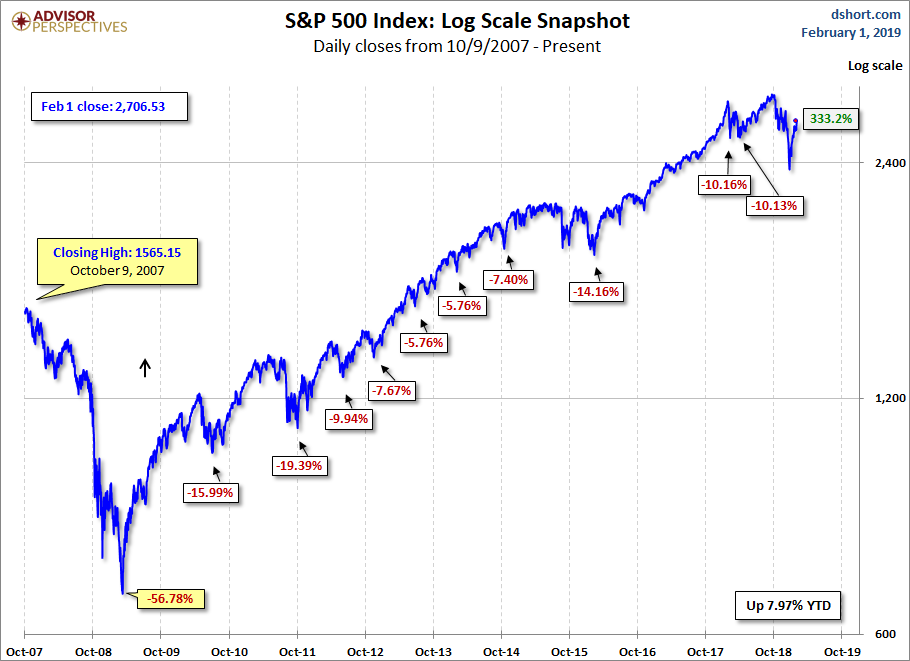 What I worry about is that the Emperor has no clothes and thank goodness I'm not taking about The Donald but the markets in General, which have been pumped up on artificially low rates, monetary stimulus, lower taxes, repatriation of overseas funds (also at low tax rates) and, of course, Corporate Buybacks.  None of those things are supposed to be permanent and, USUALLY, a government will do one thing or the other – not all of the above! 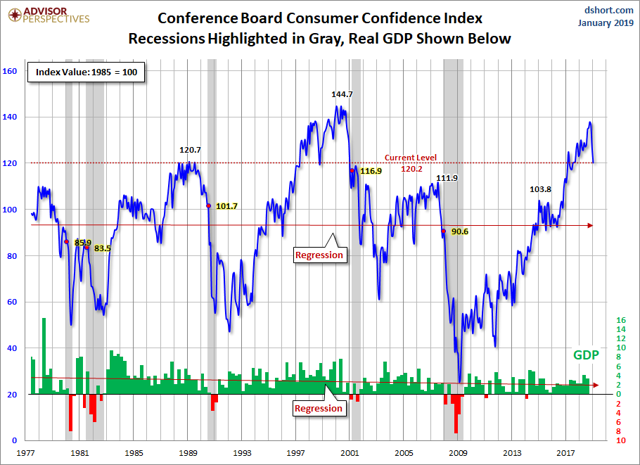 It costs real money to do these stiulus packages and it's money we're borrowing from the Future in order to what? in the present?  Again, where's the beef in this economy that it can't stand even a little bit of price correction?  Consumer Confidence has rarely been higher though it's significantly off the December highs – before the Government shutdown.

It's not the present situation that's going down – if you ask people how they are doing, economically, they will generally tell you they are feeling good because 96% of the people are employed and we're all fairly surprised to be alive in year two of the Trump Presidency.  However, if you has people about their forward economic expectaitons – they are plunging, down below 100 from a high of…
END_OF_DOCUMENT_TOKEN_TO_BE_REPLACED