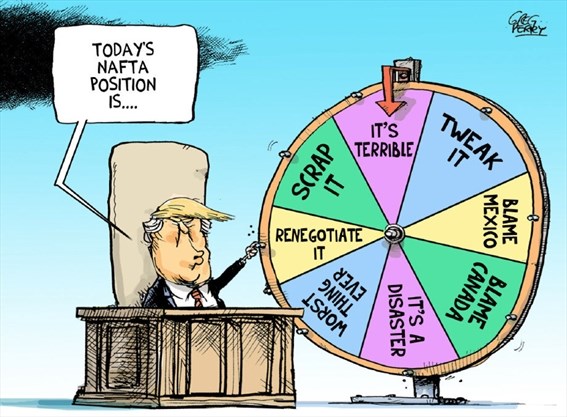 We're finishing August off with a bang as ANY news is good news these days, even making progress on keeping NAFTA, which Trump promised to throw out and was enacted almost 25 years ago (Jan, 1994) so the only reason there's an "accomplishment" to fixing it is because Trump broke it in the first place.  Of course the Administration will say they won big concessions but so will the Mexican Administration and, so far, Canada isn't even playing with Trump – so it's not really "fixed" at all.

Word of progress on NAFTA lifted Asia's stocks as it's seen as more likely the US will begin to negotiate with Japan and China and China's Central Bank took steps over the weekend to strengthen the Yuan, sending their market up 2% overnight – another reason our Futures look so good at the moment.  That's despite the fact that China's Industrial Profits continued to cool off, down to $75Bn in May from $93Bn in June.  There's also some alarming internals as Producers and Refiners of raw materials like oil companies and steel mills have accounted for roughly 2/3 of the gains this year. Smaller firms are facing much tougher business conditions that are squeezing profit margins. 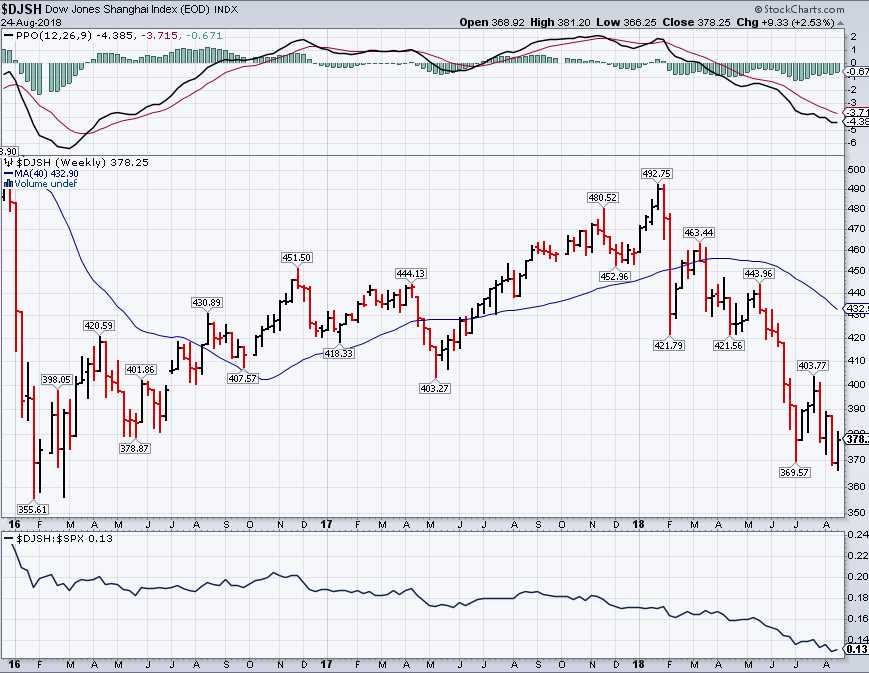 Despite this morning's 2.5% rally, China's Shanghai Composite still has a long way to go before recovering, after falling 25% from 492 to 379 since topping out in January.  It will take 5% just to make a weak bounce off that so 390 will be the line to watch and then 410 would be a real recovery at the strong bounce line.