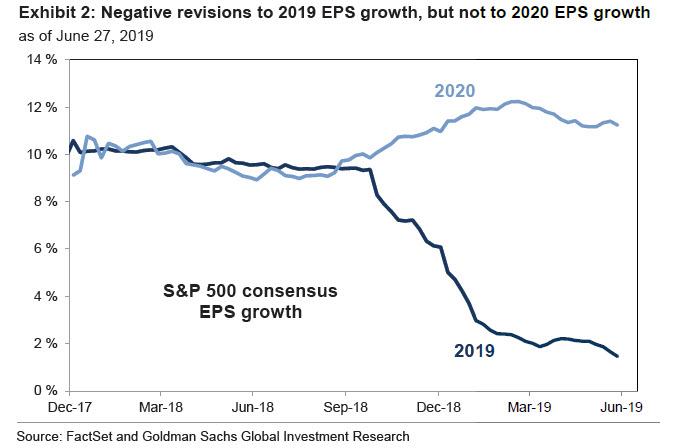 That's after bursting over 100 points higher in the last 30 minutes of Friday's session.  Overall, it's a very low-volume rally, mostly short covering (we will be covering some shorts ourselves) as Trump met with Xi at the G20 and he decided Huawei isn't spying on us after all (despite slandering them all over the world) and that Trump will not put tariffs on another $300Bn worth of Chinese goods but he is keeping the tariffs already in place.  Keep in mind this is all to arrive at an eventual deal that is not likely to be substantially different than the deal he broke last year – so why all the celebration?

As you can see from the chart above, earnings haven't grown at all this year and it's been Valuation Expansion or Multiple Expansion that's accouted for 90% of the move in the S&P 500 for the first 6 months.  Very simply, we are paying much more for the same earnings as last year.  Granted a lot of companies did us "China" to excuse their shortfalls and we can imagine, with the Trade War hopefully winding down, that we'll get some real growth but that doesn't mean we're not paying too much for the growth we do get. 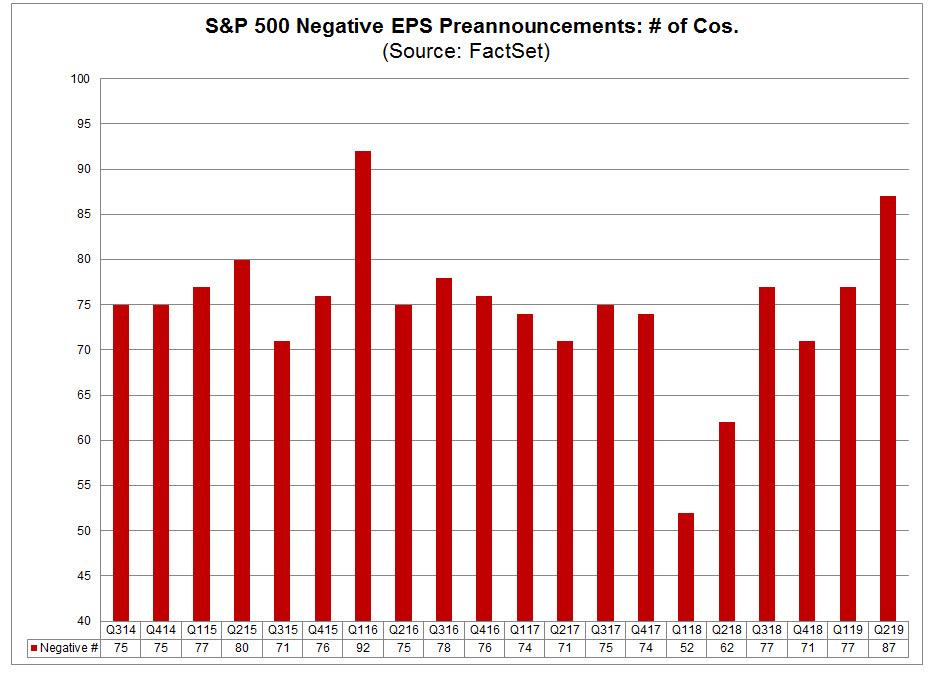 Notice that 87 S&P 500 companies have already pre-announced negative guidance for Q2 and, when we get back from the Holiday weekend next Monday, we'll begin to see those Q2 earnings reports.  So, while we hedged heavily into the weekend – just in case the G20 went badly – we will be using those hedges into Q2 earnings season, albeit less aggressively as we sell some covers as well.

We know the Fed is certainly in no hurry to raise rates, so that's a big plus for the market but I'm not so sure the Fed is looking to lower rates as we are no in the 121st month of a market expansion – the longest in history (and 104 (86%) months of it came before Trump was President – in case you are wondering).

Nonetheless, Economists surveyed by Bloomberg see a 30% chance of recession over the next 12 months and growth…
END_OF_DOCUMENT_TOKEN_TO_BE_REPLACED

EOQ Friday – Quarter Closes with G20 Meeting in Play Testy Tuesday – Can We Hold onto the New Highs?
Scroll to top