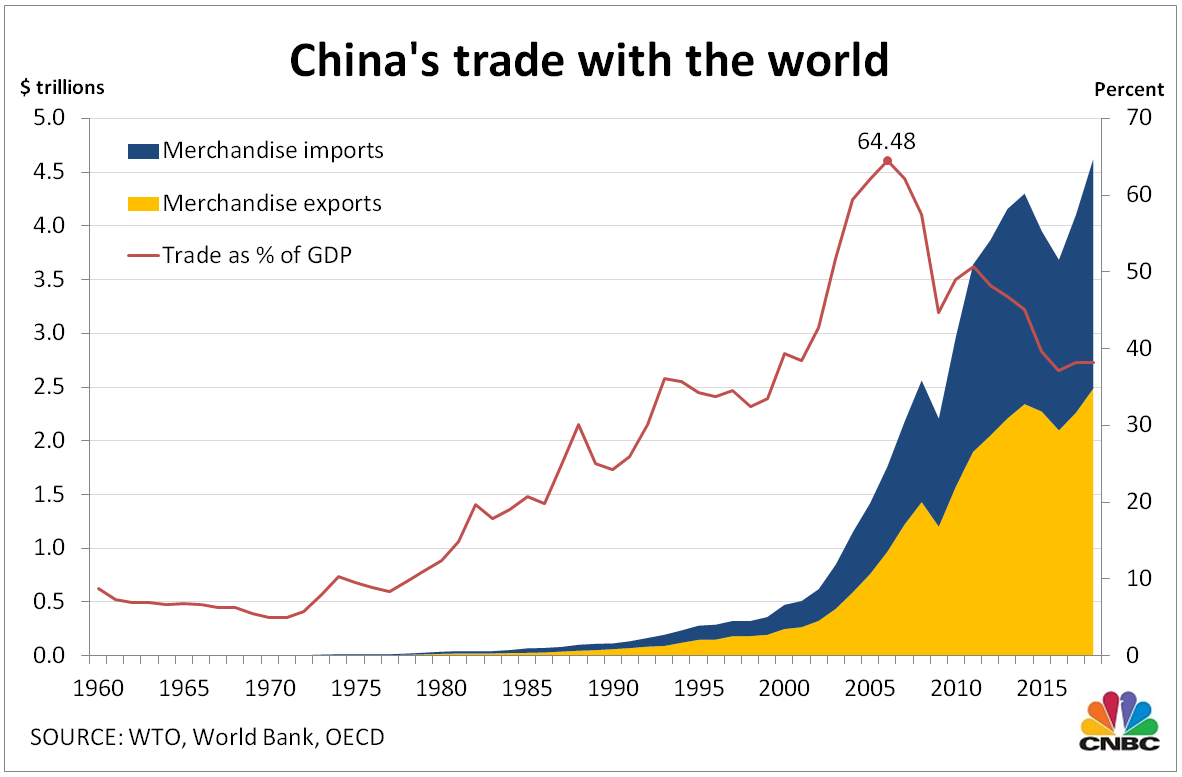 This weekend, prospects for a China Trade Deal took a downturn (and I'm ignoring the fact that China has no incentive to make a deal with a President who may not last long enough to sign the deal because I'm just so sick of the whole thing already) as Chinese officials said a "broad pact" was off the table, completely contradicting all the happy talk that came out of the White House last week to boost the markets.

As you can see from the chart above (and this one), China imports $4.5 TRILLION worth of merchandise of which, $100Bn comes from the US while China exports $2.5Tn worth of merchandise, of which $275Bn is with the US.  Of course the US would like China to buy more of our goods but they simply can't afford them and forcing them to buy stuff just because US Consumers like to buy inexpensive Chines merchandise is – well, you can see how that's working out so far. Is it easier for China to forces their citizens to buy 175% more US merchandise, whether it's good or not or should China make more of an effort to make up the 10% of their merchandise sales to the US by making their easier-to-get-along-with trading partners happy?  While it would be nice to "fix" the trade issues with the US – it certainly isn't the desperate situation for China that Trump paints it to be when talking to the very uncritical suckers who still support him.

Those people never check his facts, so he can make up anything he wants but the actual trade negotiations are held in a place called "reality" and that's why the average Fox viewer, Trump/GOP lackey or Conservative pundit are wrong, over and over and over again when they try to predict what China will do next.  If your are basing your analysis on Trump's BS – what hope do you have of making accurate predictions?

Vice Premier Liu He, who will lead negotiations for China, told…
END_OF_DOCUMENT_TOKEN_TO_BE_REPLACED