That's right it was Dec 7th, 1941 when the Japanese attacked Pearl Harblor, killing 2,403 Americans and the country was so outraged that we quickly mobilized the greatest military operation in history to counter-attack and rid the World of Fascism.  President Roosevelt called Congress into an emergency session and legistlators raced back to Washington for a joint session of Congress at noon on Dececember 8th, less than 24 hours after the attack, Rooevelt addressed the nation, saying:

The facts of yesterday and today speak for themselves. The people of the United States have already formed their opinions and well understand the implications to the very life and safety of our Nation.

As Commander in Chief of the Army and Navy I have directed that all measures be taken for our defense.

But always will our whole Nation remember the character of the onslaught against us.

No matter how long it may take us to overcome this premeditated invasion, the American people in their righteous might will win through to absolute victory.

I believe that I interpret the will of the Congress and of the people when I assert that we will not only defend ourselves to the uttermost but will make it very certain that this form of treachery shall never again endanger us. 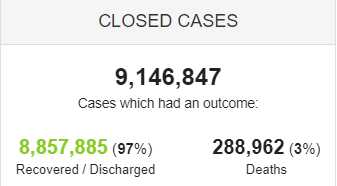 Yet here we are again, with virus deaths now heading towards 4,000 Americans per day, the real enemy is the Commander in Chief, whose gross deriction of duty has left this nation weak and defenseless and has, so far, led to the death of 288,962 deaths – and that is only from the first 8.8M people infected as we've only had 8.8M recoveries and 288,962 (3%) deaths.  Another 6.3M people are currently infected so we can infer that about 200,000 of those people will die and the virus is still spreading at a rate of now over 200,000 infections per day – up from 100,000 people per day just 30 days ago – yay!

30,000 Friday – Dow Holding the Line so Far Trade of the Year Tuesday – Who Will Survive the Fall?
Scroll to top