Losses for Chinese companies came after the yield on the nation's 10-year Treasury note ended unchanged at 3.98%, trading within a striking distance from its three-year high.  "Whether the selloff is a slight correction after a strong surge in 2017, or steeper declines on the way, remains to be seen," Hussein Sayed, chief market strategist at FXTM, wrote in a note. "However, rising bond yields, particularly junk bonds, should keep investors worried."  “The Chinese stock market drop is reminiscent of the selloff that we saw in the summer of 2015, and that is causing some investors to become cautious going into the thin year-end markets,” said ING currency strategist Viraj Patel, in London.

South Korea's market also took a tumble, finishing the day down 2.4% and led down by Samsung's 5.1% drop but that was nothing compared to Qudian's (QD) 20% pullback (see chart above), now down more than 60% since their IPO last month and a great example of what I was talking about last week, when I said we need to be concerned with how much of our own US Markets are now indexed against Chinese companies of EXTREMELY QUESTIONABLE valuations. 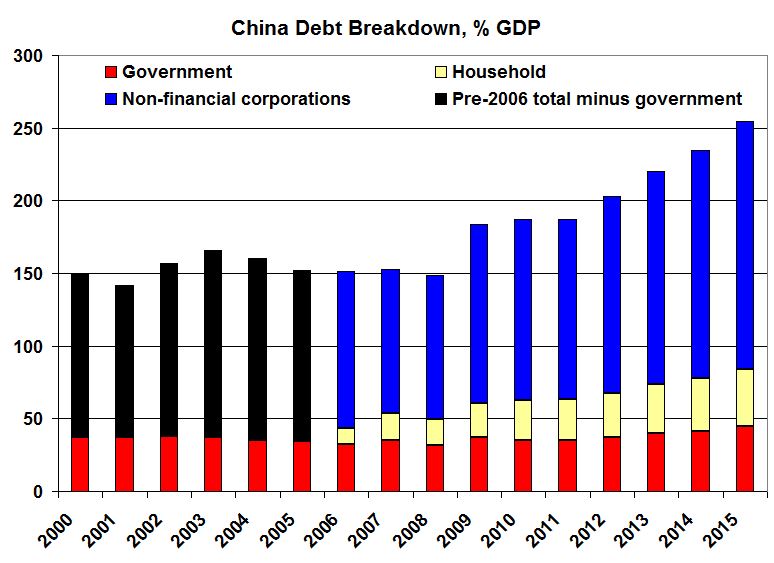 Now that we've established that I do know how to connect a few dots, I will once again point out that China is only the second-most indebted nation on a debt to GDP basis (maybe higher by some counts) and the massive debt taken on by their Corporations is the Global Catastrophe in the on-deck circle.  Japan is still the king at about 265% while the Trump Tax Plan will do a great job of catching us up, by putting us on a path to 200% debt to GDP in just 10 years.

At a 4% interest rate, servicing $20Tn in debt that we now have would take $800Bn.  At $40Tn, we'd need $1.6Tn a year just to make our interest payments – that would be 1/2 of all the taxes our Government currently collects and far more than half after Team Trump performs their massive tax givaway to the Top 1%, leaving the Bottom 99% holding the bag for all the new Debt and subsequent interest – keeping…
END_OF_DOCUMENT_TOKEN_TO_BE_REPLACED

Fully Stuffed Friday – Markets Feast on New Highs Trade of the Year Tuesday – Our Top Pick for 2018 is:
Scroll to top