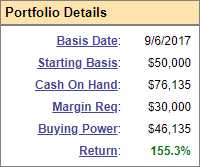 As usual, we will be reviewing our Money Talk Portfolio, which we initiated back on Sept 6th, 2017 to track the trade ideas we would introduce, live on the show, about once each quarter.  The idea of the portfolio was to select highly leveraged, high-probability trades that did not have to be adjusted very often (or at all) and, so far, it's been a tremendous success with our initial $50,000 turning into a lovely $127,663 (up 155.3%) at yesterday's close, about 18 months after we got started.

We recently reviewed the MTP back on Feb 15th and, at the time, the portfolio was at $88,922 with, of course, the exact same positions – as I hadn't been on the show since Jan.  We did send out an alert (our first ever) to dump GE shortly after that – those alerts go out free of charge on Twitter, Facebook, Seeking Alpha, etc to make sure they were available to all so make sure you follow those feeds.    Note that, for each position, we clearly define our expectations and, overall, we expected our positions to make another $76,638 at the time but we've already made another $38,741 (43%) – which is way too fast – so we have to be careful that some of our positions are overbought already.

Now, let's take a fresh look at what we have: 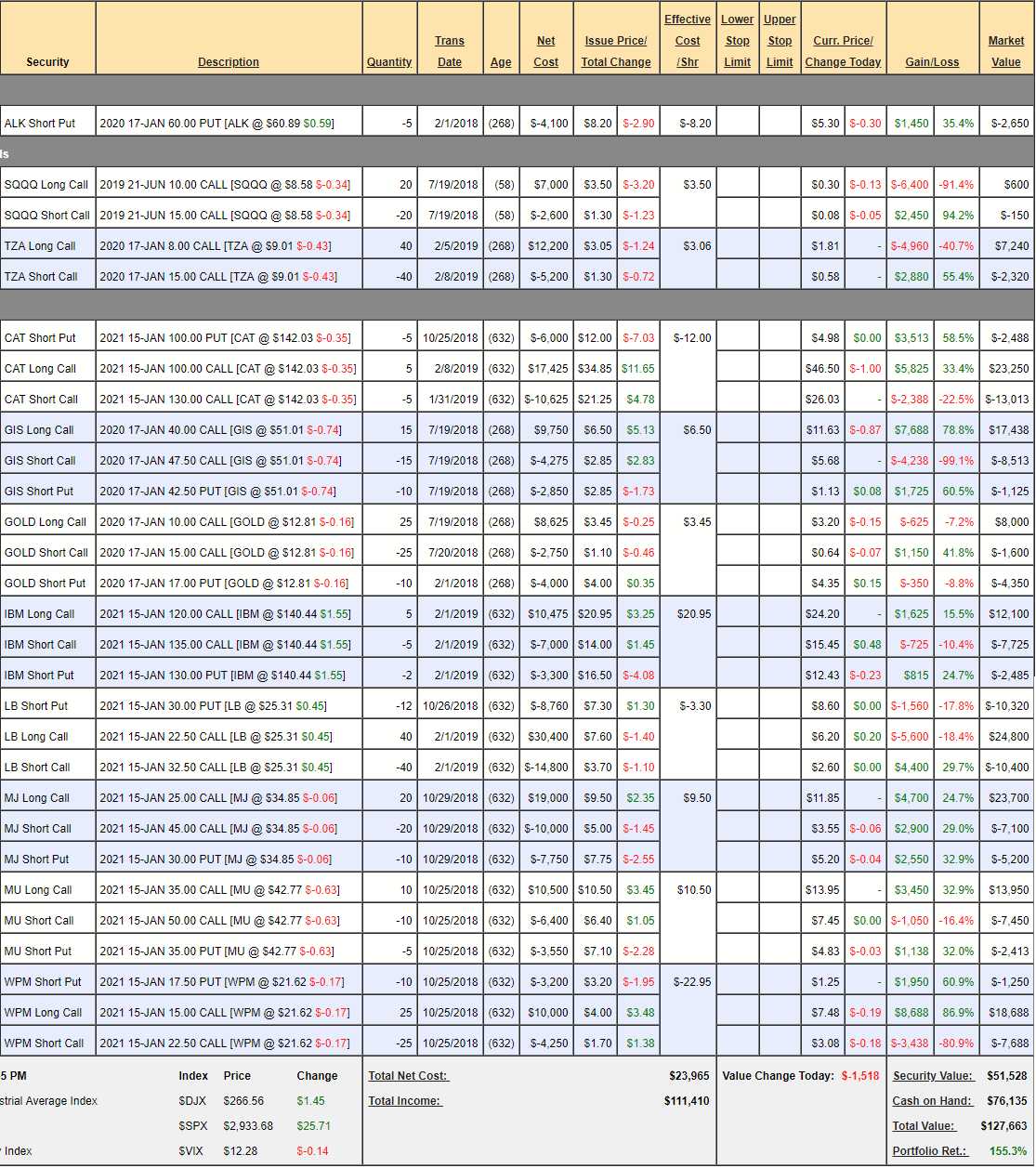