Last month, in the April Report, the US Economy lost 20.5M jobs and, though "experts" are expecting another loss of jobs – we re-opened much of America in the middle of May, so it's very possible we show a net gain for April as people got back to work.  Expectations for this report are for around 8.5M additional job losses but the Futures are antiipating a positive number and are already up 1%.

Keep in mind, of course, that's AFTER the Government created a $700Bn Paycheck Protection Program that handed out money to employers in exchange for not laying off their employees during the crisis.  Figure the average worker makes $5,000/month including wage deductions and that's 2 months so $700Bn/$10,000 = 70 MILLION JOBS that the Government paid to salvage – otherwise this could have been, by miles, the greatest loss of jobs in American history.

Maybe now you understand why the Republicans were suddenly cooperating with the Democrats and supporting that stimulus package.  It's very hard to be re-elected when 50% of the voters don't have jobs! 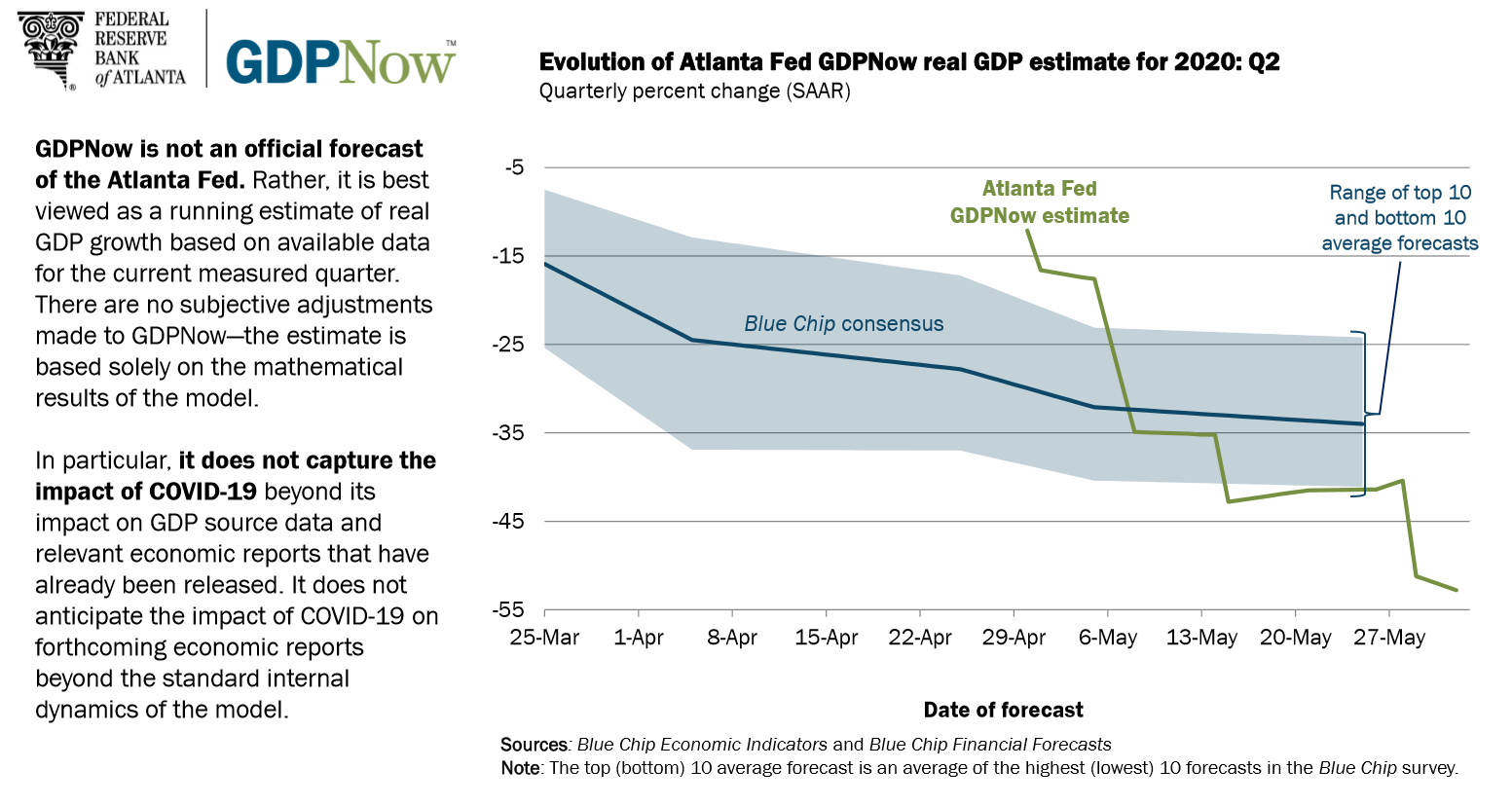 That's why this jobs report tells you nothing about the real health of the economy.  It's a fiction that's been concocted by the Government so the people are not generally aware of how hard-hitting this disaster has been.  Yesterday, they were already talking about another $1Tn of stimulus by the end of June – anything to keep Q2 GDP from being down more than 50% – which is the current forecast by the Atlanta Federal Reserve.

8:30 Update:  Wow, we did get a gain of 2.5M jobs – that's great and miles better than the low expectations set by leading Economorons.  That puts our Unemployment Rate at 13.3%, MUCH better than 20% expected though Average Hourly Earnings fell 1% and that's not good for the workers but GREAT FOR WALL STREET (isn't everything?).

Doesn't matter why, the Futures are up like a rocket though, in keeping with the theme of the last two weeks – unemployment for Black people still rose 2% - which makes sense since we've already reported that very little of the PPP money made it into the hands…
END_OF_DOCUMENT_TOKEN_TO_BE_REPLACED