How many jobs were created in May?

Expectations are about 190,000 but I'm not sure it matters much as we've been in a very tight, China-like range since 2011 – almost never too hot or too cold.  The Republicans often accused the Obama Administration of manipulating the data which means the current administration believes the data can be manipulated and MUST be manipulated to make it "fair" and give them the same advantage Obama had with his fake data.  See how easy that is to justify?

The US ads about 2M citizens per year so we'd better create 200,000 jobs per month or we're simply adding more unemployed people.  According to the Fed's recent Beige Book (see Wednesday's Webinar for discussion), we're actually running low on employees, with sub-4% Unemployment Rates, usually considered "full employment".  At this point and that's putting pressure on wages which will put pressure on Corporate Margins and it also raises demand for the Dollar (to pay the workers) and all that puts pressure on the Fed to raise rates.

Keep in mind, on this chart, earnings aren't going down, they are just accelerating at a slower pace but, in theory, 2.5% is ahead of inflation, which means it is, in fact, eating into Corporate Margins and the more jobs that are created, the more pressure it puts on employers to pay up if they want to get top talent.  We're only in the very early stages of worker empowerment but we're already seeing strikes and tougher labor negotiations as job mobility gets easier as we approach full employment. 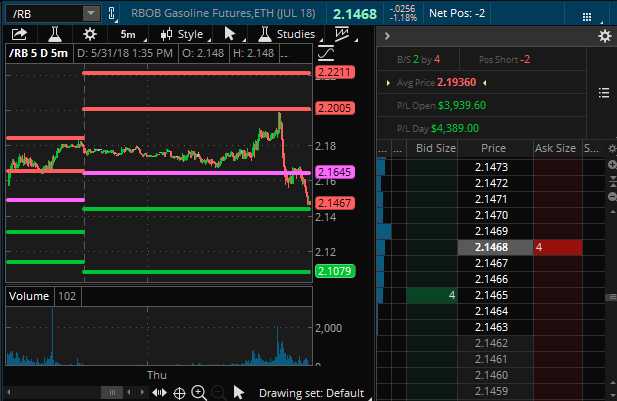 We had a lot of fun yesterday with our index shorts.  In yesterday's PSW Morning…
END_OF_DOCUMENT_TOKEN_TO_BE_REPLACED