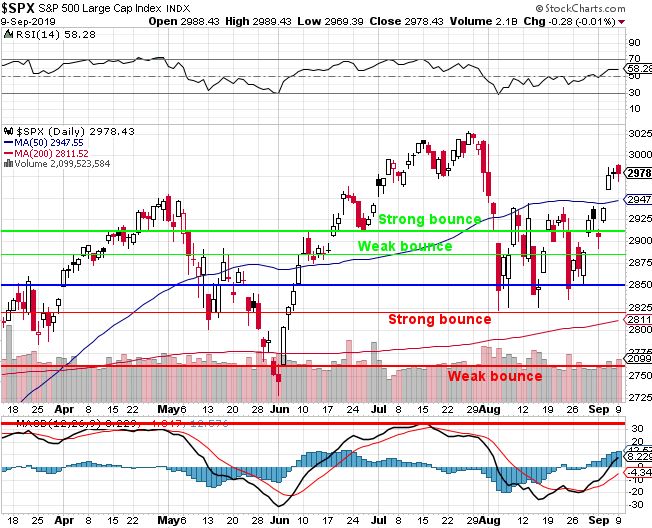 Here we are again!

2,978 on the S&P 500 is within spitting distance of 3,000 and today it will be all about Apple (AAPL) and the market's reaction to their event at 1pm today, where they are expected to announce yet another new IPhone and probably more watches and stuff about their TV Service and who knows what else… The Nasdaq, for it's part, is having a rough week – so they could use some good news from Apple, who are the only FAANG stock besides NFLX who are not involved in anti-trust investigations and NetFlix WISHES they were more of a monopoly because AAPL, DIS and a dozen other streaming companies are putting pressure on their bottom line and limiting their growth (our hedge fund is short NFLX).

My early summer comments to our Members on NFLX were:

CMG/Sun – NFLX would be my top short, I just don't think they can keep their growth up, there's no moat to their business and costs are skyrocketing because they are a movie studio selling subscriptions (HMNY) when push comes to shove, not a tech company.

As I said in the Webinar, it's not really possible for them to sustain that ridiculous valuation.  They are no different than TWX or CBS and those companies trade at 15-20x earnings.  The same people who were convinced to subscribe to HBO over the past 40 years

Monday Market Movement – Back to the Top Which Way Wednesday – Why Not Both Ways?
Scroll to top