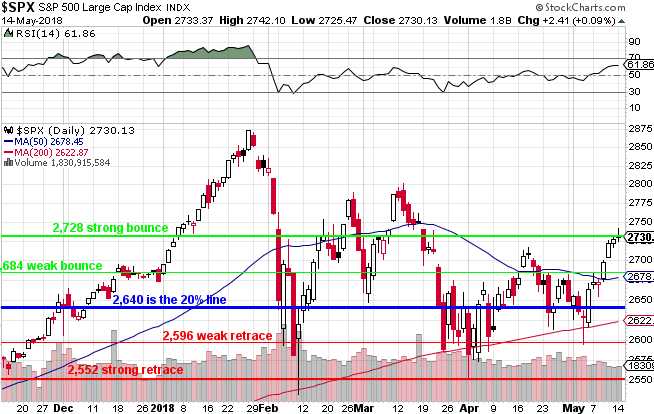 The market is so predictable.

There's a ton of money to be made from predictable, so we're certainly not complaining.  After a meaningless spike higher, the S&P calmed right down and finished right at our 2,782 line (2,730, actually) and this morning, as expected, the index is pulling back as the Dollar rises back to the top of it's range.  Eventually, one of these will break out and the other will fall – but which one will prevail? 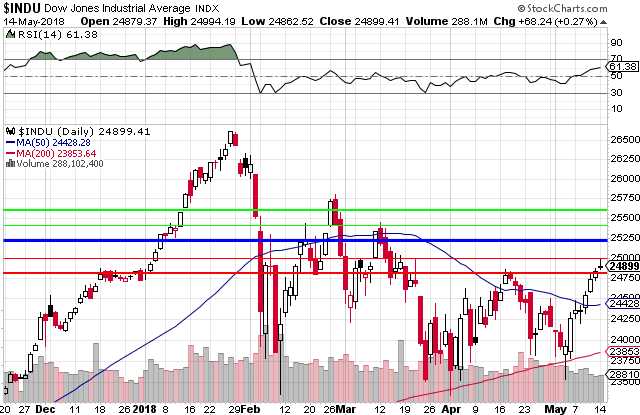 Exxon (XOM) and Chevron (CVX) have been boosting the Dow as oil and gasoline test new highs but what's great for them is not so good for the industrials that use oil and gas to produce goods but, fortunately, there are not too many…
END_OF_DOCUMENT_TOKEN_TO_BE_REPLACED