On Friday we looked at our bounce levels and we were encouraged that we'd improved enough to be a bit more confident into the weekend but the ongoing Government shutdown by the President is making us more and more concerned every day – especially with the mounting evidence that President Trump may be a Russian Agent who's actual intent is to weaken this country.  Still, the entire GOP is going along with this insanity and they can't all be in Putin's pocket – can they?

Even if Trump isn't destroying America on behalf of Vladimir Putin, he's still destroying America so we added some hedges to our Short-Term Portfolio yesterday in our Live Member Chat Room in order to lock in our recent profits as well as to protect ourselves from the next Twitter rampage coming out of the oval office.

Trump is meeting with Congress this morning and, hopefully, it will go better than Friday's meeting, where he threw a tantrum and walked out because Nancy Pelosi said no to his wall – even after he offered her candy.  Meanwhile, you can see the Brits debating Brexit all day and all night in their Parliament because, when something important is affecting your Government – a real Government tends to focus on the problem.

That's a live feed – how cool is that? 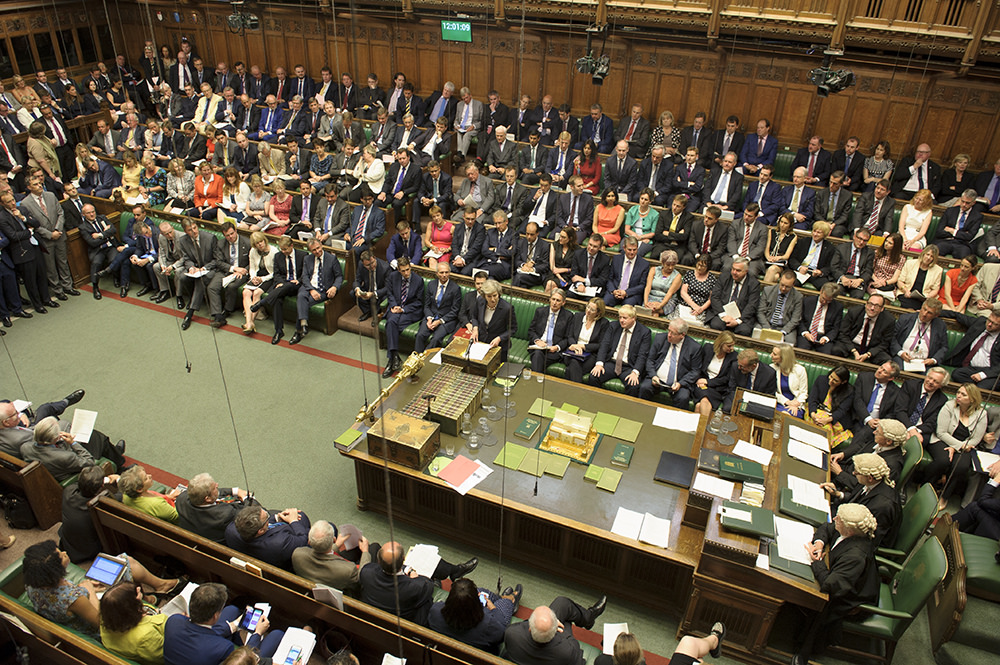 Don't even try to compare that to CSpan – it will make you cry.  British Parliament is based on debate and consensus so any MP is a skilled orator – it's basically a job requirement.  Most of our Congresspeople can't put two coherent sentences together without their entire staff working overtime to prep them and God forbid our Congresspeople get interrupted – that's game over for them but that's the entire game in the UK – a much better way to discuss the issues.

With about an hour to go before the markets open, the Futures are down a bit and that may not seem bad but the Dow (/YM) Futures were up 200 points around midnight and have since collapsed…
END_OF_DOCUMENT_TOKEN_TO_BE_REPLACED